The Enchanted Tiki Room Returns To Roost This August 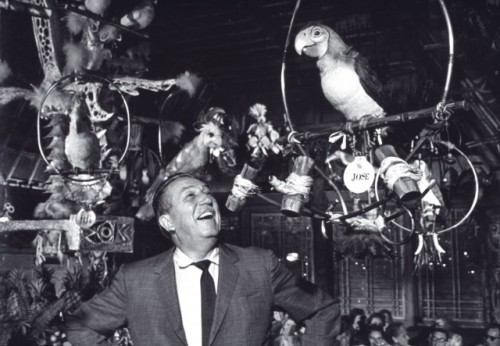 Disney’s rehashing a bit of previously announced news here, but it’s good news, so I’m all aboard. The Enchanted Tiki Room will be ditching the ‘New Management’ and returning to a show that is clearly rooted in the traditional, original, show. Some nearby areas of Adventureland are also rumored to be getting a touch up.

The big date is now targeted for August 15th. Which, sadly is a Monday, but I guess I can head down after work. Will anyone else be going?

Read the rest of Disney’s press release below the jump:

The Sunshine Pavilion, featuring a show variously known as “Tropical Serenade” and “The Enchanted Tiki Birds,” debuted on Oct. 1, 1971, in Magic Kingdom. In 1998, following substantial refurbishment, it re-launched as The Enchanted Tiki Room-Under New Management, with two famous Disney birds – Iago from Aladdin and Zazu from The Lion King – taking control and trying to spruce up the show.

Now the “new management” has been let go and the future of the Adventureland landmark is in the wings and wit of José, Fritz, Michael and Pierre – four crooning parrot hosts who have been entertaining guests at California’s Disneyland since 1963 in The Enchanted Tiki Room. Walt Disney’s Enchanted Tiki Room, as the Magic Kingdom attraction now will be called, is being prepared for the premiere of a show that will pay tribute to the Disneyland original – notable in theme park history for ushering in sophisticated Audio-Animatronics technology.

Prior to 1963, Walt Disney’s creative team had produced movable figures, but none had the sophistication of the bird-brained cast of the Tiki Room. José, Fritz, Michael and Pierre produce movements when solenoid coils hidden inside receive signals recorded onto magnetic tape and are regarded as the first “true” Audio-Animatronics figures.

They introduce a musical presentation by more than 200 birds, flowers and tikis. Even the audience gets into the act, joining in during the musical ditty “Let’s All Sing Like the Birdies Sing.”

While the show is steeped in tradition and maintains the original intent created by Walt Disney and his original team of Imagineers, Walt Disney’s Enchanted Tiki Room will feature the latest in technology – a state of the art show-control system, remastered audio, and a new versatile and energy efficient lighting system.

The attraction has shows throughout Magic Kingdom operating hours.