The Story of Disneyland – 1955 Guidebook 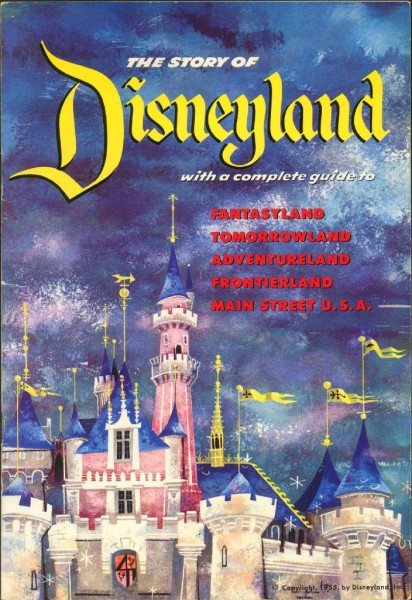 Former Disney Imagineer Mark Hickson is now blogging over at “Disney by Mark.” He’s been cheerfully sharing some unique peeks behind the magic along with pieces from his collection of Disney memorabilia. I’m particularly enjoying his scans of the 1955 Guidebook for Disneyland – The Story of Disneyland. 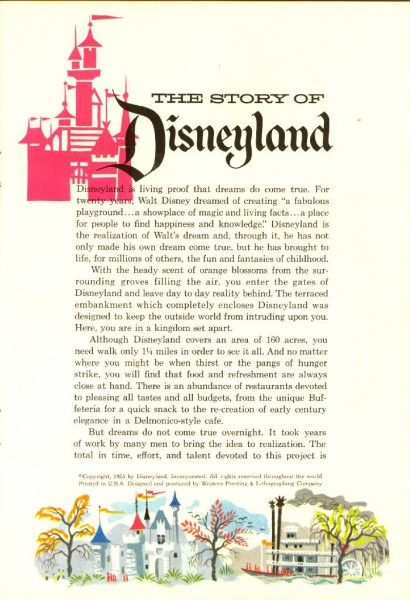 This piece was produced before the park was open with many of the attractions still in progress. Because of that we get to see some amazing concept art and learn about park details that didn’t make it in to the final version of the park, although some would appear later in various guises.

Mark has scanned all 22 pages of the guidebook and even made a PDF available for download with no watermarks. Now that’s a true fan. Head on over and check it out for yourself.