While I was cavorting around Disney’s Hollywood Studios on Friday May 20th celebrating the opening of Star Tours – The Adventures Continue, a certain elephant at Disney’s Animal Kingdom was celebrating her one year anniversary of being alive. Are you ready for some extreme cuteness? Here’s a picture of Luna as an infant around 300 pounds and one of her more recently at a healthy 875 pounds. 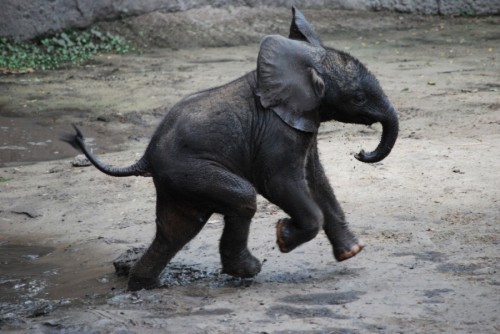 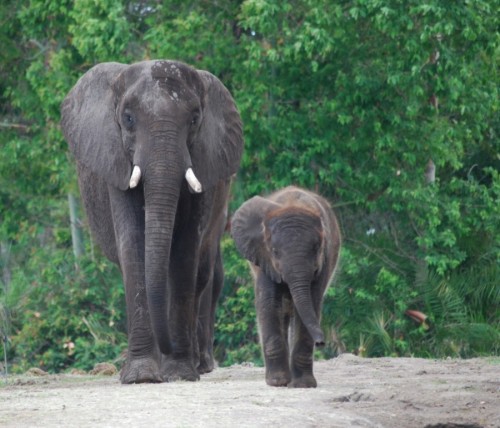 Luna is the fifth elephant born at Disney’s Animal Kingdom. In addition to Donna’s first female calf Nadirah, Tufani, a male, was born in 2003; Kianga, a female, was born in 2004; and Tsavo, the youngest male, joined the herd in 2008. All remain on the savanna at Disney’s Animal Kingdom. These births represent a conservation milestone because the number of elephants in North American zoological facilities and wildlife centers has been dwindling and Disney’s Animal Kingdom is participating in the Association of Zoos and Aquariums’ Elephant Species Survival Plan. Research has shown that, when people see elephants and other wildlife face-to-face, they feel a strong connection and are motivated to take action to protect wildlife and nature. And having elephant babies enables our elephants to live in herds with moms, “aunties” and youngsters, as they would in the wild.

Happy Birthday Luna. Thanks to everyone on Disney’s Animal Care and Operations teams for doing it right.

previous“Sounds Like Summer” lineup revealed for EPCOT
nextModern Family: Season 2, Episode 24 – The One That Got Away