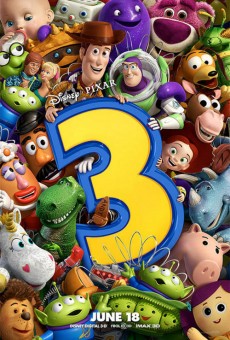 I’m all for post-humanist thought. I don’t find it unthinkable that at some point in the future all human consciousness will be replicated, if not, ported completely, to digital status. How we get there has yet to be written, but there is something human about striving to never be forgotten or to transcend our limitations (depending on your motivation).

That’s probably as philosophical as I’ll ever get on The Disney Blog. But if you want to explore that train of thought you may be interested in this essay on Discover’s website. In it bio-ethicist Kyle Munkittrick explores how Pixar’s films have a very trans-humanist message. He posits three rules that make Pixar’s films stand out:

The first two rules are pretty direct: the universe Pixar’s characters inhabit is non-magical and co-inhabited by humans. The third rule is that at least one main character is an intelligent being that isn’t a human.

It’s a really well written essay and hard to sum up in a short quote. So I hope you’ll go read it yourself and come to your own conclusions. For me, the idea that Pixar is fighting for a future where all sentient beings (computer, advanced animals, humans, possibly even aliens) are treated equally is such a lovely thought. Alas, Munkittrick presents no evidence that Pixar ever considers this as a motivation.

I’ve never once heard a Pixar animator discuss anything remotely close to this topic. Instead, I think that Munkittrick is taking what is a standard animators tool, personification and allegory, and elevating it to something it is not. The message is that humanity and love can happen anywhere and it is beautiful, the fact that all the heroes are non-human is only incidental in that it serves the story.