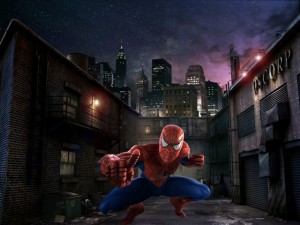 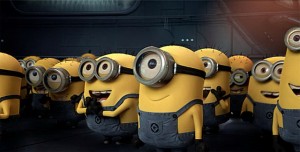 Plus, Incredible High-Tech Enhancements Underway for One of the World’s Most Popular Attractions:
The Amazing Adventures of Spider-Man

Universal Orlando Resort today announced that its newest attraction will be based on Universal Pictures and Illumination Entertainment’s blockbuster 3-D-CGI feature “Despicable Me,” bringing minions, mayhem and a whole new level of 3-D family fun to its guests.  The “Despicable Me” experience will replace the Jimmy Neutron attraction at Universal Studios Florida.

Universal also announced that The Amazing Adventures of Spider-Man, one of the greatest attractions in theme park history, will be completely reanimated in 4K digital high definition – once again redefining the theme park experience.

Both will open in 2012 and are being developed by the same award-winning Universal Creative team that has brought all of Universal Orlando’s spectacularly themed attractions to life.  Both will utilize brand-new, highly sophisticated Infitec 3-D projection systems designed to make the experience sharper, clearer and more “real” than ever before.

With a worldwide gross of more than $540 million, 2010’s “Despicable Me,” from directors Chris Renaud & Pierre Coffin, is the sixth most successful film that Universal Pictures has ever distributed.  It is now the 10th-biggest animated film in U.S. history.  The 3-D animated adventure thrilled audiences across the globe with its outrageous humor, endearing characters and compelling storyline – all of which guests will be able to experience exclusively at Universal Orlando in 2012.

Click HERE to see some of the most popular scenes from the film.

“Despicable Me” will become the first-ever Universal animated film to be transformed into a theme park experience.  The Universal Creative team is working closely with producer Chris Meledandri, the founder of Illumination Entertainment, to create all-new animation for an all-new “Despicable Me” adventure that places guests right in the center of the action.

Gru, one of the world’s greatest super-villains, is bringing his high-tech empire – and his three adopted daughters – to Universal Studios, and he is looking for all the help he can get.  First, he will transform guests into an army of mischievous, scene-stealing minions.  Then he will train them.  And that kicks off an unforgettable ride experience that creates a hysterical mix of chaos and family fun.

“The ‘Despicable Me’ attraction is the latest example of how we tap into pop culture’s most compelling stories and turn them into extraordinary theme park entertainment,” said Mark Woodbury, president of Universal Creative.  “This is a perfect fit for Universal Orlando, and we can’t wait to bring this one-of-a-kind experience to life.”

“As we write, design and animate our films at Illumination, it is our singular goal to bring to life endearing and, hopefully, enduring characters,” said Chris Meledandri.  “With the creation of next year’s ‘Despicable Me’ attraction at Universal Orlando, audiences will be able to immerse themselves in Gru’s world for many years to come.”

Click HERE to see video with more of Chris Meledandri’s comments about the new “Despicable Me” attraction.

THE AMAZING ADVENTURES OF SPIDER-MAN

Already one of the most popular and innovative theme park attractions ever created, The Amazing Adventures of Spider-Man at Universal’s Islands of Adventure continues to raise the bar for theme park entertainment – combining advanced motion-based ride vehicles, 3-D digital film and live special effects to create an unparalleled ride experience.  It is widely acknowledged as one of the best theme park experiences in the world – and it’s about to get mind-blowingly better.

The newly reanimated, high-definition experience will unfold within the attraction’s towering visual spaces – taking on even larger than larger-than-life proportions.  The new digital animation – combined with the new Infitec system and new set enhancements – will transform what is already one of the most technologically advanced attractions ever created into what will feel like an all-new experience.

Facts about the enhanced ride experience:

“Guests will not believe their eyes when they experience the new Amazing Adventures of Spider-Man,” said Thierry Coup, senior vice president of the Universal Creative Studio.  “We are talking about a larger-than-life environment and the HD animation will make it even more remarkable than it has been.  It will seem brand-new.”