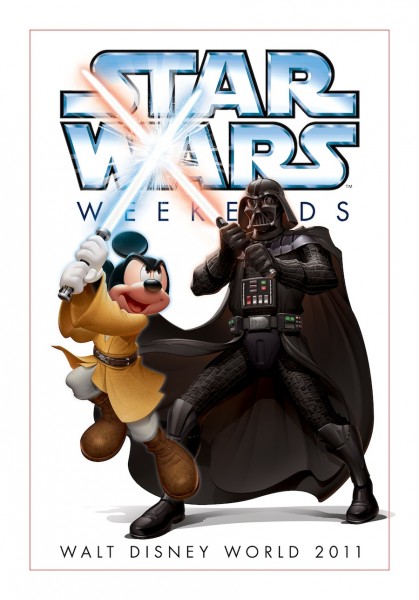 Disney has announced the celebrity guest list for the 2011 Star Wars Weekend event at Disney’s Hollywood Studios. This will be a particularly big year as it also marks the return of Star Tours with it’s updated, randomized show, featuring new technology and favorite Star Wars characters.

Celebrity Hosts for this year’s event are James Arnold Taylor (voice of Obi-Wan Kenobi in Star Wars: The Clone Wars) and Ashley Eckstein (voice of Ahsoka Tano in Star Wars: The Clone Wars). Ashley will host “Clone Wars: Behind the Force,” a closer look inside the popular animated TV series. James will present an event-first: he will star in a one-man show that showcases some of the many voices he has performed throughout his career, including those from The Clone Wars. Both promise to be very in demand, so be sure to arrive early.

Star Wars Weekends runs every Friday, Saturday and Sunday from May 20-June 12, 2011.

If you’re a fan of Star Wars or Star Wars Weekends, let us know what you look forward to the most, and perhaps, share some of your secrets for seeing it all.