After viewing this concept art I can definitely see some of the details coming out in the video above. 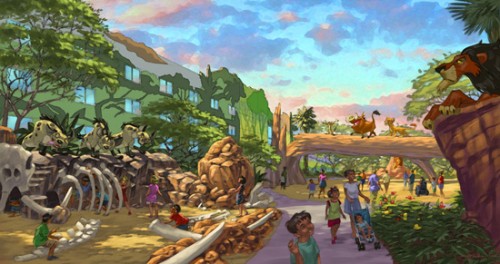 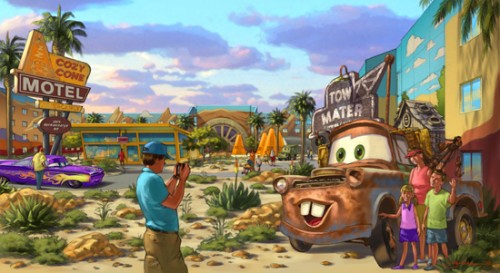 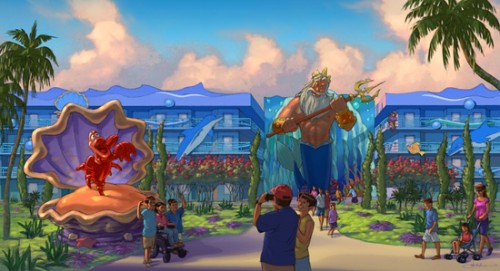 Love the look and feel, I hear the inside will be pretty crazy too. It will have themed room interiors in the nearly 2,000 new units — 1,120 family suites in The Lion King, Cars and Finding Nemo wings and 864 themed rooms in The Little Mermaid wings. And once open in the summer of 2012, the resort will create 750 permanent jobs.

Good news all around. I can’t wait. How about you?