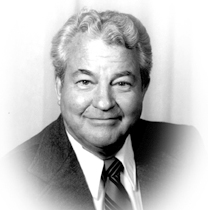 Disney Legend Bill Justice has passed away at the age of 97. An animator and Imagineer, Justice had a powerful influence on the formation of many Disney icons.

Born 97 years ago yesterday in Dayton, Ohio Bill joined the Walt Disney Studios in 1937 as an animator. He worked on Fantasia, The Three Caballeros, Alice in Wonderland, and Peter Pan. He was lead animator on Thumper and responsible for much of the lively characters known as Chip ‘n Dale.

Justice was also responsible for a few live action sequences including some of the studios early stop motion animation including the famous bedroom clean-up scene from Mary Poppins.

When Justice moved to WED Imagineering in 1965 he helped program audio-animatronic figures lending life like movement to Pirates of the Caribbean, the Haunted Mansion, and Country Bear Jamboree.

The later years of Bill’s life was spent in a rehabilitation home with his family fighting to regain his possessions that were unceremoniously sold at auction from a storage unit. In early 2010 his family called for fans to send thank you cards to Justice to help cheer him up.

Justice retired in 1979 and was named a Disney Legend in 1996. He will be known in the Disney fan community for always being willing to speak at a convention or provide an autograph augmented with a quick character doodle.

Our thoughts go out to the Justice family and all his friends and colleagues in the animation and theme park world.

The Walt Disney Company released this statement with details about Bill Justice’s 42-career in animation and Imagineering:

Disney Legend Bill Justice died early today of natural causes at a nursing home in Santa Monica, California. He was 97. Bill loved his work at The Walt Disney Company, whether it be programming Audio-Animatronics figures for the theme parks or animating Mickey Mouse. Once, when asked if he ever got bored drawing Mickey Mouse, Bill replied, “Have you seen me draw Mickey upside down?” He then did so — effortlessly.

Born in Dayton, Ohio, February 9, 1914, Bill grew up in Indianapolis, Indiana. He attended the John Herron Art Institute (now affiliated with Indiana University in Indianapolis), where he studied to be a portrait artist.

After graduation in 1935, he headed west and joined The Walt Disney Studios as an animator in 1937. During his 28 years in the animation department, Bill served as an animator on such classics as Fantasia, Saludos Amigos, Victory Through Air Power, The Three Caballeros, Make Mine Music, Alice in Wonderland and Peter Pan. Among the memorable characters he animated are the precocious Thumper for Bambi and those mischievous characters, Chip and Dale.

During the 1950s, Bill directed several experimental shorts, including Noah’s Ark, A Symposium On Popular Songs, and The Truth About Mother Goose, all of which were nominated for Academy Awards. Along with fellow Disney Legend Xavier (“X”) Atencio and artist T. Hee, Bill also used the painstaking technique of stop-motion animation in live-action Disney features, including The Parent Trap and Mary Poppins. In all, Bill contributed to 57 shorts and 19 features.

In the 1950s, Bill also directed the Mickey Mouse March heard and seen on Disney’s popular television series, Mickey Mouse Club. Recognizing Bill’s immense talent, Walt Disney tapped Bill to join Walt Disney Imagineering in 1965, where he programmed Audio-Animatronics figures for such Disneyland attractions as Great Moments with Mr. Lincoln, Mission to Mars, Pirates of the Caribbean, Haunted Mansion, Country Bear Jamboree and America Sings. Bill once said, “One of the most enjoyable Disneyland projects was the Pirates of the Caribbean. Manipulating the figures in each vignette was a multiple challenge.”

Bill went on to help bring to life cast members in the Hall of Presidents attraction in Walt Disney World. He also masterminded the Mickey Mouse Revue featured at Walt Disney World and later, Tokyo Disneyland. Bill also had knack for designing parades. In 1959, he designed the floats and costumes for one of the first Disneyland Christmas Parades, and also produced sketches for the Main Street Electrical Parade.

After 42 years with the Walt Disney Company, Bill retired in February 1979. He wrote a book about his Disney years called Justice for Disney, and was often a guest at Disneyana Conventions. Bill is survived by his daughters, Melissa and Marissa Justice, both of Burbank.

If you knew Bill Justice, or just appreciated his work, please share your remembrances in the comments.