Lawsuit against Disney for Donald Groping Case Allowed to Continue 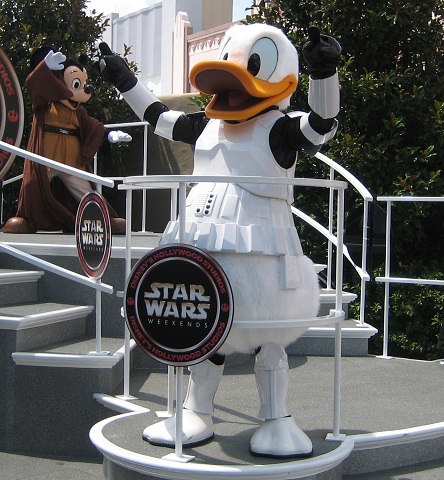 A Federal Judge says that a woman who claims a Disney World cast member dressed as Donald Duck groped her can proceed with her lawsuit. I’m not a lawyer, but I fail to see how this case can be tried in Pennsylvania since the alleged assault occurred in Orlando. You don’t look for a dropped quarter across the street just because the light is better.

I also fail to see how a walk-around costumed character, with as limited vision and tactile awareness as Disney’s costumed characters have, can be accused of groping. Alas, they often are. As the criminal case against a cast member dressed as Tigger revealed, many guests get incensed when they wrongly interpret the costumed workers clumsy movements as groping, but it’s just not practical for a person to intentionally grope, let along joke about the action afterwords, inside one of those costumes. The Donald costume typically is worn by a woman as it is the cast for the smallest height requirement of all the Disney characters 4’6″ to 4’10”, smaller than even Mickey or Minnie Mouse (who are also usually both played by women).

It is important to note that the Donald lawsuit is a civil suit and therefore there is a lower burden of proof required for a jury to find Disney at fault in this lawsuit, so who knows what the result of this lawsuit will be if a jury is empaneled who just wants to sock it to a major corporation like Disney. But this whole thing is ridiculous if you ask me.