Have you ever done a puzzle-based scavenger hunt inside Walt Disney World? They aren’t offered by Disney directly to the public, but fan-based communities sometimes put them on. Typically players sign up in teams of 2-4 members and receive puzzles that, once deciphered, turn into quests inside the park. You might be asked to go count how many shields are on the outside of it’s a small world’s facade, for instance, or perhaps identify which flags fly near the Rivers of America. All the while, you’re racing against other teams to see who finishes first. Participants often rave about how many new details they discover in the park as a result of such games. I’ve created and hosted these games for more than a decade, including the original versions of MouseAdventure.

I’ve got another game called Magic Pursuit coming up at Walt Disney World on December 26. This time, it will be in Disney’s Hollywood Studios, from 2pm-4pm. Since this is the day after Christmas, it will no doubt be busy, but we’re adjusting the game to take the crowded conditions into account.

This event requires no advanced knowledge of the theme parks or trivia. Basically, anyone can play (in fact, anyone can win!) It’s a combination of puzzle solving skills, speed in navigating the park, and sharp eyes that will determine the winner.

These games are always entirely free. Admission to the park is on your own, of course. To register, just email [email protected] with the names of your teammates, and include an inventive name for your team itself. I’ll reply with details about where to meet and what to bring. I hope you can make it–you’ll never look at the details the same way again! 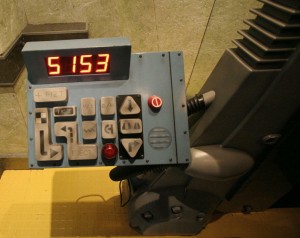 6 thoughts on “Free Scavenger Hunt at DHS on December 26”