Three new Disney-themed documentaries arrive on DVD tomorrow (with bonus features and collectible keepsakes), each exploring a unique facet of the company’s history.

Many Disney fans have been waiting for months to see some or all of these films as they were given very limited theatrical runs. 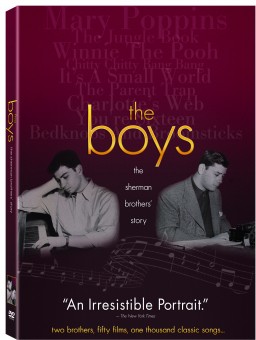 The Boys: The Sherman Brothers’ Story

I can’t say I was familiar with the lives of Robert and Richard Sherman before watching ‘The Boys’ last week, but that’s just fine because this film is a perfect introduction to the subject.

The movie is a examination of the brothers’ career together—and their distant personal relationship. These are two people who have nothing in common besides being siblings and their talent and love for songwriting. Their relationship with Walt is also discussed, ending in one of the film’s most poignant moments.

Besides the Shermans, many celebrities who either worked with or are fans of them appear. Just to name a few: actress Julie Andrews, composer John Williams, actor/comedian Ben Stiller (an executive producer on the film), and Pixar creative chief John Lasseter.

But be warned that ‘The Boys’ is replete with snippets of the brothers’ songs that may get stuck in your head! 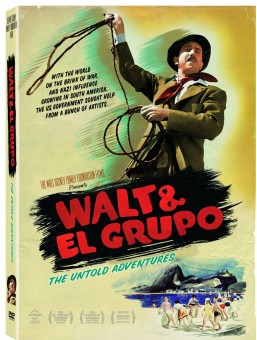 Walt & El Grupo looks at the trip taken by Walt and Lillian Disney and a hand-picked group of artists to South America in the 1941 at the behest of the U.S. government, which wanted to sway the countries of the region away from the Axis powers during World War II.

I found the pacing and technique of ‘El Grupo’ to be too slow, at times tedious. Some of the stories go on for far longer then they should and digress from the theme of the film.

It would have been better if the filmmakers would have used the time to explore the reasons why Uncle Sam sponsored the trip in the first place, not just touch on it. Were there no White House or State Department files they could have turned to?

But ultimately ‘El Grupo’ does provide some good insight into this unique period of time in the history of Walt Disney Productions, with much in the way of archival footage and photos. 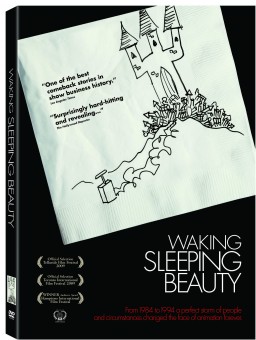 Don Hahn’s film is a candid look at the Disney Renaissance from the inside out. It’s a portrait of that eventful decade (1984-1994) where Disney got back on its feet and produced some of the greatest animated classics of all time.

Waking Sleeping Beauty is as honest in its appraisal of the period as James B. Stewart’s unauthorized book DisneyWar. Refreshing and rare for an authorized documentary.

My thoughts on the film haven’t changed a bit since I enjoyed it at the Toronto International Film Festival (TIFF) last year so you can read my post from then for more.

It’s noteworthy that each of the documentaries was created by individuals with strong, personal connections to the subject.

‘The Boys’ was made by cousins Gregory V. Sherman and Jeffrey C. Sherman, sons of Richard and Bob, respectively. After meeting for the first time as adults, they got together to explore why their sides of the family had grown apart.

‘El Grupo’ was directed by Theodore Thomas, the son of late Disney animator Frank Thomas, who went along on the trip.

Waking Sleeping Beauty director Don Hahn produced two of the biggest hits of the Disney Renaissance: Beauty and the Beast and The Lion King. Producer Peter Schneider was the president of Walt Disney Animation at the time.