There was something new to see this weekend at the parks: One Man’s Dream (a history museum at DHS) reopened after a few months of refurbishment. There were only light changes to decor and contents. The major exhibits and models were left untouched, with only a few exceptions. 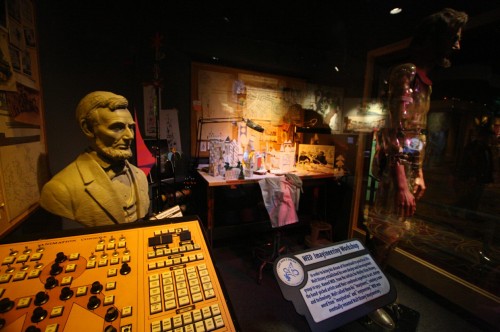 The animatronics display in the corner is gone, but a new window display of the 1964 Mr. Lincoln figure makes up for it. Lincoln has his head, face, and hair, but the rest of him is naked and see-through. 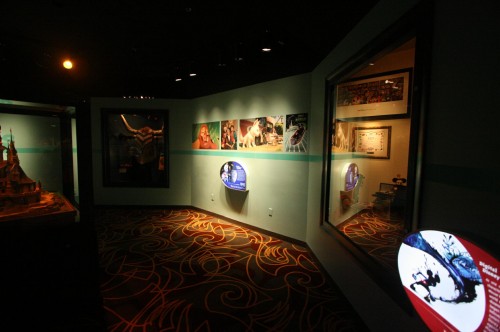 A few other models rotated out of circulation (Castaway Cay, Grizzly River Run) while new ones popped up (World of Color, Rocketeer jet pack, Roger Rabbit movie’s dip-mobile). There isn’t much on the Fantasyland expansion beyond already-released artwork, but you can find a model of the clamshell vehicle from the upcoming ride. 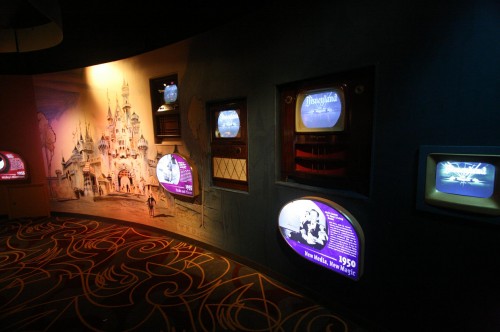 The new carpeting and wall decorations are nice, but the last half is presently a bit boring. They plan to add more within a month; hopefully we’ll be dazzled by what they bring in.

editor: Disney has been updating One Man’s Dream in small ways over the years. But it’s nice to see a major overhaul.