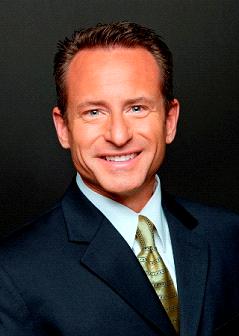 According to Disneyland, John Nicoletti has been appointed vice president of communications for the Disneyland Resort effective Nov. 1, 2010. This marks a return to the parks and resorts role for Nicoletti after a sojourn in a PR role at the Walt Disney Studios. We wish him well and hope he continues outreach to the fan community, social media channels, as well as major media.

In this new role, Nicoletti will lead the Resort’s communication functions, including media relations, external and internal communications, guest and executive communications. He will serve as a top spokesperson for the Resort, and will be responsible for growing relationships with news media and other external stakeholders. Nicoletti will report to Lisa Haines, vice president of public affairs.

“John’s extensive communications experience, coupled with his vast knowledge of the city of Anaheim and the Orange County area, our parks and resorts business and The Walt Disney Company make him a great fit for this role,” said Haines. “I am excited to work with John again – and welcome him back to Anaheim, especially during such an exciting time of growth for the Resort.”

Nicoletti most recently served as vice president of global communications for The Walt Disney Studios, where he led the team that managed internal and external communication and oversaw trade and business media relations, executive engagement, charitable outreach and cross-business opportunities. He worked across the various divisions, interacting with partners in global marketing/publicity, franchise management, distribution, Disney Music Group and Disney Theatrical Group, as well as with teams at Pixar, Marvel and DreamWorks.

Prior to that, Nicoletti worked for Walt Disney Parks and Resorts as director of external communications. In this position, he served as one of the chief spokespeople for the worldwide public affairs team and worked closely with all Disney parks around the world on communications initiatives designed to protect and enhance the reputation of Walt Disney Parks and Resorts as a leader in the family vacation market.

Before joining Disney in 2007, Nicoletti served as external affairs manager and chief spokesperson for the city of Anaheim, working closely with the Disneyland Resort. He oversaw and managed marketing, special events, media and public relations, and internal communications for the 10th-largest city in California. He also has worked for Burson-Marsteller, a global public relations agency, where he led rebranding efforts, media relations and internal training programs for some of the agency’s Los Angeles-based accounts. He has served as an adjunct professor at several local universities including University of Southern California, Pepperdine University, California State University, Fullerton and Chapman University.

Nicoletti, who is originally from Coal City, Ill., received his bachelor’s in English from UCLA and a master’s in communication from Pepperdine University. Nicoletti and his family currently reside in Fullerton.