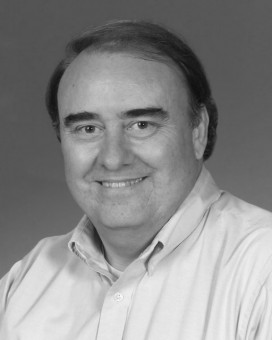 A very moving article has been reposted at the Walt Disney Family Museum blog. It’s a look back at the impact Bruce Gordon had on the creation of the museum in the too-short time between his unfortunate release from Walt Disney Imagineering and his untimely and sudden death. The story was written by Walter E.D. Miller, Walt’s grandson.

He was driven to make this Museum the very best it could be, and insisted on it, demanded it, and although he didn’t always get his way, and was the first one to tell someone their idea didn’t work, he was also the first person to latch on to a good idea. He was constantly plussing the storyline, exhibits, and content, to accurately depict the story and life of Walt, the entertainer, producer, genius, but mostly the man and his spirit.

Bruce died three years ago next week and every day tens of thousands enjoy the park attractions he had a part in designing, upgrading, or preserving. He is still very much missed by fans and friends alike.

If you haven’t been to the Walt Disney Family Museum, you can see some photos of exhibits over on cNet. The museum doesn’t allow personal photographs of the exhibits, so this is quite rare.