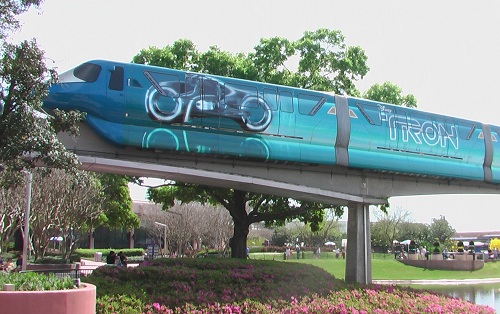 Here in Orlando we have the Tron-o-rail, which is nice if a bit of a moving billboard, but in Anaheim, word on the street is that they’ll get a whole dance party and show called ElecTRONica to promote celebrate the films debut. They’re also considering adding a Flynn’s Arcade and an Eatery themed to Tron.

I’m kinda hoping Orlando gets a tronorail dance party myself. It could be a separate ticketed event. One lap around the EPCOT loop for $20 and all the blue martini’s you can drink in twenty minutes.

Or is there something else you’d like to see?