Planning for the fourth movie in the huge success that has been the Pirates of the Caribbean movie series began almost immediately after the third film debuted on the screen. Now, with everything finally lined up and in place, filming has actually begun.

Producer Jerry Bruckheimer tweeted a few pictures from the set to whet our appetites. Chairs are ready. 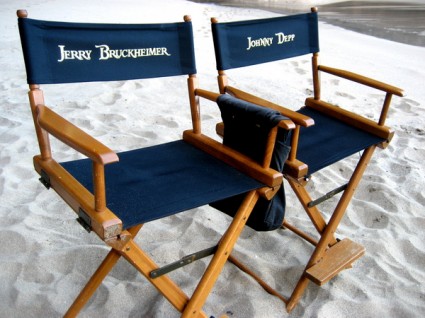 I like the new logo for the movie on the back. 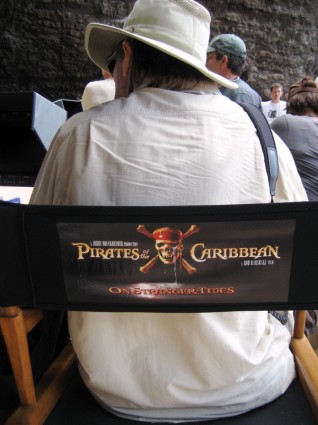 Director Rob Marshall arrives for the first day of shooting via Jet Ski. The only way to get to the secluded beach. I wonder how Jack Sparrow arrived – on the back of sea turtles? 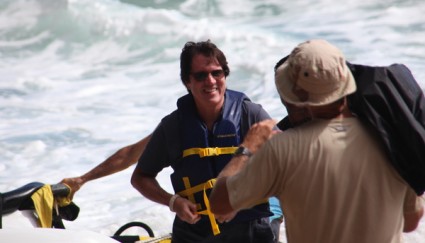 It’s a Pirate’s life for Disney.