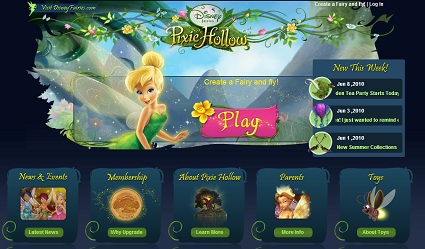 I think it’s safe to say that with Club Penguin, Toon Town Online, Pirates, Pixie Hollow and other popular online role playing sites, The Walt Disney Company has invested a lot of money in online communities. These games are more than just a revenue stream for the mouse, they’re the front lines of interaction for a new generation of Disney fans.

Ypulse, which tracks youth marketing and media, has asked some of its teen participants to talk about their experience using similar online communities. I found this one from their advisory board member Julia to be very insightful. Kids invest a lot of themselves in these communities, they work hard to get around limits put on their game play and interaction, and they still miss Disney’s Virtual Magic Kingdom.

Do you play any of Disney’s MMORPGs? If so, which one, and what do you like about it?