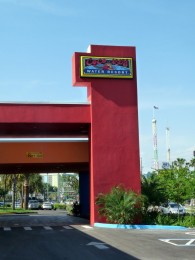 A new resort has opened this week in on International Drive in Orlando, and with it, a piece of Disney history is being preserved. 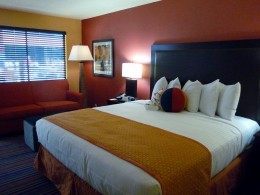 The original “Hilton Inn South” was built by Finley Hamilton, who literally bought 10 acres of sand and palmetto woods near Sand Lake Road in 1968. At the time, it was accessible only by a dirt road. Hamilton even came up with the name “International Drive,” reportedly because “Hamilton Drive” wasn’t available.

A lot of people thought he was crazy, and the hotel he built was dubbed “Finley’s Folly.”

But when it opened in May 1970 — 17 months before Walt Disney World — the Hilton Inn South became the place for visiting Disney executives to stay. Disney eventually leased the hotel to allow Contemporary Resort cast members to practice running a hotel before the Contemporary opened.

And this new CoCo Key resort is the very same structure, renovated from top to bottom, of course, but still here, nonetheless. There’s even a Mickey-shaped pool in the courtyard. 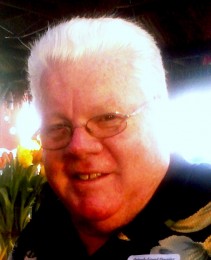 I had the pleasure of meeting someone who stayed in the Hilton Inn South during the early 1970s. Tom Nabbe was a Disney cast member who joined the team relocating from California to Florida to open Walt Disney World.

“We all stayed here for 30 days while we looked for a house,” Nabbe said during a party to open the new resort.

Nabbe had started working at Disneyland at the ripe old age of 13. He was the park’s original Tom Sawyer.

“I kept asking Walt for a job, and he always said, ‘I’ll think about it,'” Nabbe said. “I’m persistent.”

By the time Nabbe moved to Florida, he was in operations. His first Disney World job was overseeing the monorail operations on opening day. He retired from the company in 2003.

“This piece of history could have wound up in a landfill,” Baklor, a former Disney executive himself, said. 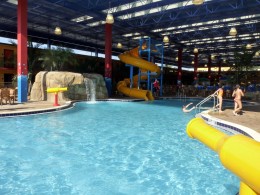 Orlando visitors can also buy day passes to the water park. They run $19.95 per person ($14.95 for Florida residents).

You can find more from Leigh Caldwell on ThemeParkMom.com