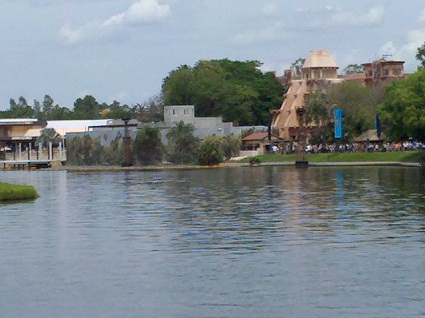 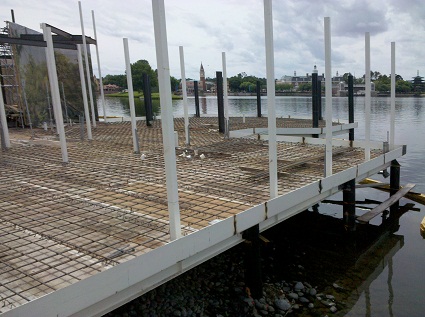 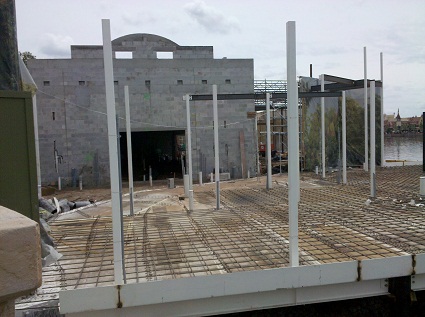 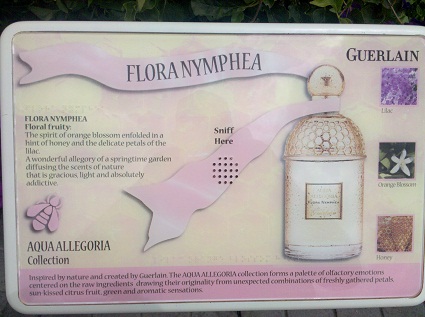 This perfume display in France has changed since the Flower and Garden festival opened. There used to be a knob you had to twist to get the smell to be released. That day, I watched guest after guest try to figure it out and fail. Now that knob is gone but I couldn’t smell anything nor figure out how to get it to come out. Hmmm. Something is still not quite right. Plus some of the flower exhibits in this area were showing some wear and tear.

Today we entered the Magic Kingdom right after rope drop. Just inside the bag check area a generically costumed cast member was handing out park maps, but not to everyone. I walked up and asked for one and she said “Oh, you want a coupon?” Of course, I did. But I had no idea that’s what it was at the time. I wonder what criteria she was told to use for handing them out.

20% discount for an early or late lunch was a pretty good deal. But I heard that Hollywood Studios had a buy-one, get-one free entree deal, which is potentially a better deal. We went to Columbia Harbor House right at opening and there were about 10 families there. All of us had the coupon. So if the goal is to drive early dining, I think it’s working.

For the record, I want to see more of this thing. But if there is going to be a discount, a coupon that’s randomly handed out at the gate shouldn’t be required. Rather it should be open to everyone who dines during those times. 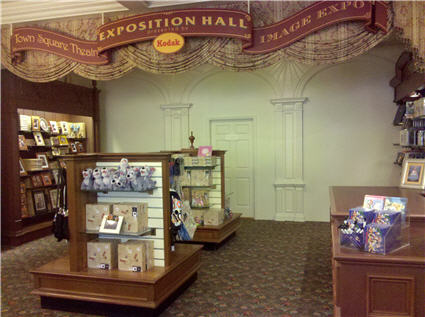 In Town Square, Exposition Hall has started its remodeling phase. That means one of my favorite places in the park is now gone. The little theater that showed a few early Disney cartoons was a cool respite from the sun and crowds. I hope something equivalent returns when it reopens. As part of the construction this wheelchair ramp has been added. It’s not perfectly themed, but I guess that’s understandable if it’s really temporary. If it’s going to be here for a few months, it would be nice to see better themed hand rails added. 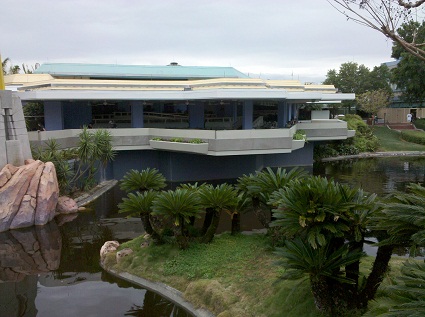 The expanded deck for the Fireworks dessert is open. I’m not impressed with some of the work. There is painted plywood in places, which looks bad. But the extra space will be nice and the new planters on the outside are good design. If they put hanging plants in them, it should have a wonderful look. I’m posting this as my Merchandise find of the week. It’s a great t-shirt design and could be worn to any Grateful Dead concert too. 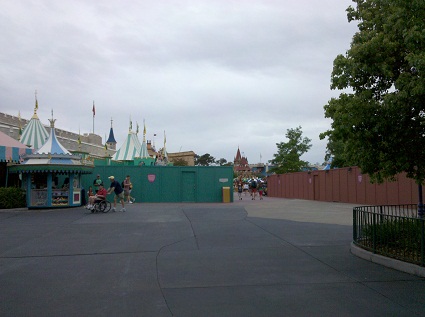 If you hadn’t heard the walls are up in Fantasyland. Get use to this for the next 2-3 years. We’ve lost the Pooh playground, Ariel meet and greet, and the new DVC location they had just finished building. 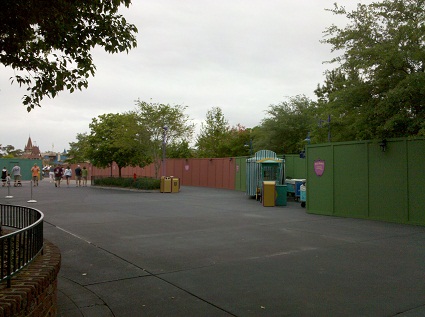 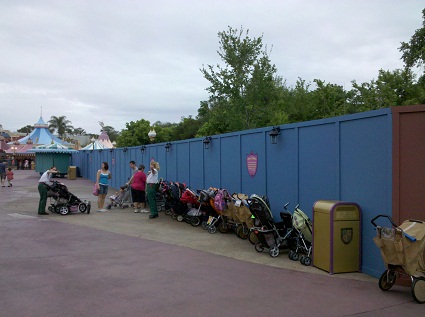 And there is the inevitable stroller parking. This will be chaos in the summer. 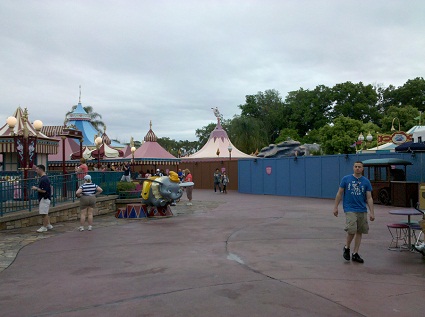 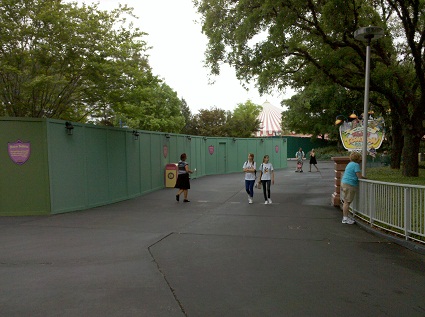 as is all of Toon Town Fair. 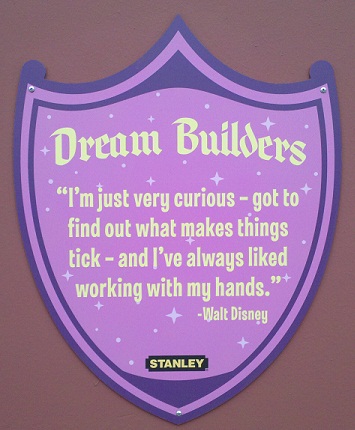 I’m liking the quotes and Stanley is getting some great sponsorship value. Pooh and Tigger have been moved to Toon Town Fair. Alas, the smoking section has not yet been moved. Please stop torturing the train riders and kids with the foul odor and move them somewhere away from everyone else. I have to thank my son for discovering this. There is some construction going on across the train tracks from Fantasyland Station. Too early to tell what it is. It might must be parking for construction workers or a power substation, but it could be a new show building for an as yet un-announced attraction. Whatever it is, the backstage access road can be seen from across the area. Any ideas. Tinker Bells treasures has added a new photo studio. This is getting a little too Knott’s Berry Farm for me. I’m assuming there was a demand or they wouldn’t have given up the valuable merchandise floor space. That said, no body was in line when I walked by. 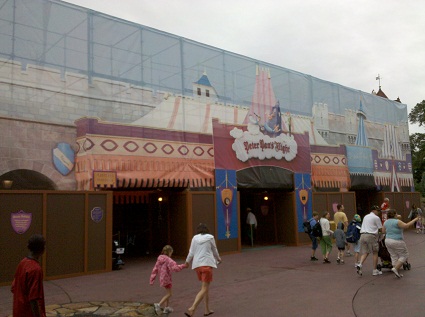 Peter Pan is getting some facade work done. It just had a great sign upgrade a few years ago. But the facade did need some work. I wonder if they can fix up the queue some while they’re at it. Add some interactive elements.

And that’s our tour this week. I hope you liked it. Let me know if you have any questions about the state of the parks.