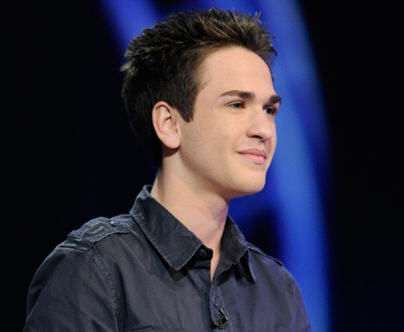 When I started watching American Idol, back in season one, I admit I was attracted mainly by the train wreck quality of the performances. But Kelly Clarkson has proved something in the formula works, if you forget that dreadful movie. Thank the maker they haven’t tried that again.

This year, there is a new wrinkle with a Disney tie-in. Disney’s Hollywood Studios opened the American Idol Experience in February 2009. It’s the closest you can get to the real thing without winning a trip to Hollywood. Every day since February 12, 2009 one contestant has left the park with a ‘Dream Ticket’, aka the world’s best Fast Pass, good for a trip to the front of the line at a future real audition for American Idol.

There was a lot of talk about whether this experience would be an accurate predictor of talent. Turns out the answer is yes. It has been hard to pin down, but I heard that of those chosen to visit Hollywood from the TV show’s regional auditions, somewhere north of two dozen were American Idol Experience “Dream Ticket” holders.

One of those made it to the final 24 and he has now, after tonight, made it to the final 11 as well. His name is Aaron Kelly. He’s the youngest contestant this year at 16 and was a year younger when he performed at DHS. The fifth or sixth official Dream Ticket winner, depending on how you count, Kelly performed “Amazed” by Lonestar at both his first round of performances and the finale show, which he won by beating six other contestants who had won their shows earlier in the day.

I’m a little disappointed that Freemantle (the company that produces American Idol) and Disney haven’t made a bigger deal of Aaron Kelly’s success. I suspect it has something to do with the contract Disney and Freemantle signed to get the American Idol Experience at Disney’s Hollywood Studios.

Nonetheless, Aaron Kelly’s success clearly shows that Disney has a great thing going with the show. Once word gets out that Kelly made it as far as he has based on his dream ticket win, you should the hundreds of young hopefuls to descend on Walt Disney World for their chance at fame.

Meanwhile, if you’re watching American Idol this year, how far you think Aaron Kelly will go? I think he definitely has a following already, which will help.