Now, we knew that John Lasseter keeps a child-like sense of joy about him.  Pixar would be a very different company if he wasn’t. But did you actually know he is a giant toy. Otherwise, why would he be inducted into the Toy Hall of Fame.

Oh, it might be because of his part in creating some of the best group of toys ever, the gang from Toy Story films. I’m sure the fact that Toy Story 3 is coming out soon has nothing to do with it.

With this honor Lasseter follows in the footsteps of Walt Disney, who was inducted into the Toy Hall of Fame in 1987. 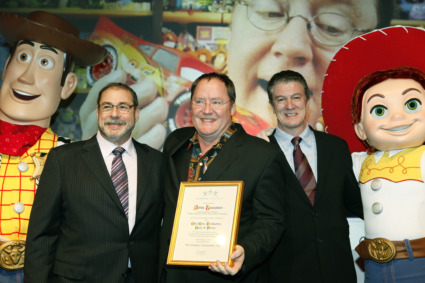