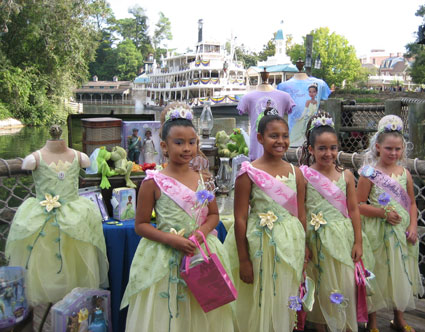 It’s one of the realities of Disney Animated Features, they’re just plain expensive to produce. So much that sometimes even a $400 million box office earning film, like Cars, just breaks even for the company after marketing and production are accounted for. So how does Disney make money off these animated beauties? One word, merchandise. 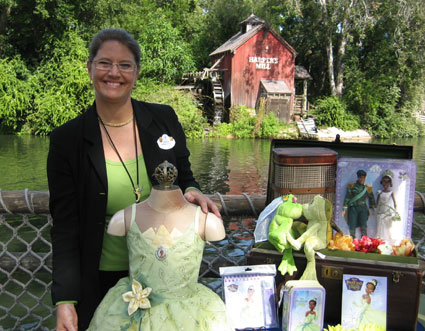 That makes Dara Trujillo a very important person at Walt Disney World. She’s the Manager of Merchandise Synergy and is in charge of coordinating the theme park’s line of products with the animator’s vision for the film. 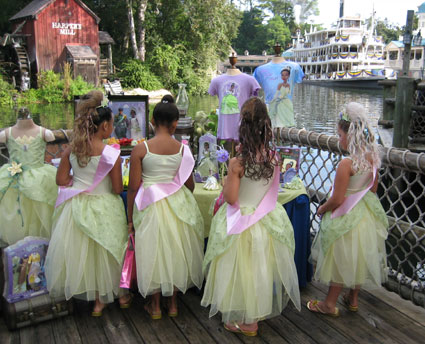 I got to speak with Trujillo at the premier of Tiana’s Showboat Jubilee, the Magic Kingdom’s tie-in to the launch of “The Princess and the Frog”. She was presiding over a very full and very beautiful table of merchandise to be sold in the parks. Much of it already available and flying off the shelves even with the film’s debut more than a month away. 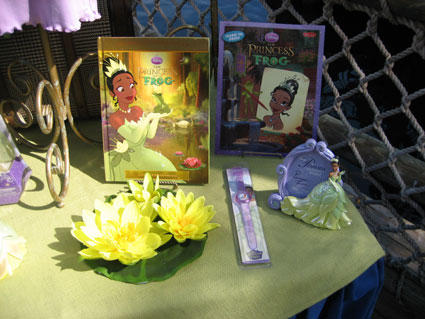 Tiana is the Walt Disney Company’s newest princess in 12 years and the first princess under Trujillo’s watch. So she was excited about the possibility of making dreams come true for a whole new generation of theme park guests. 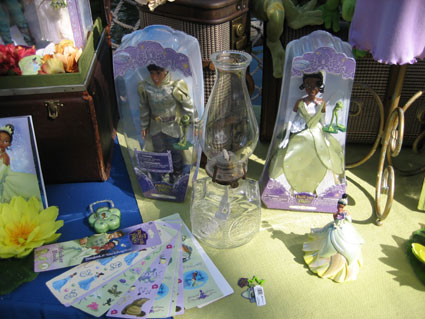 Central to those dreams is the Princess Tiana costume. It’s a theme park exclusive and very similar to the dress that Tiana wears in the film and the park. There were already a number of little princesses wearing this dress at the Magic Kingdom, anxious to spot the ‘real’ Princess Tiana as she made her way through the park. It was very cute. 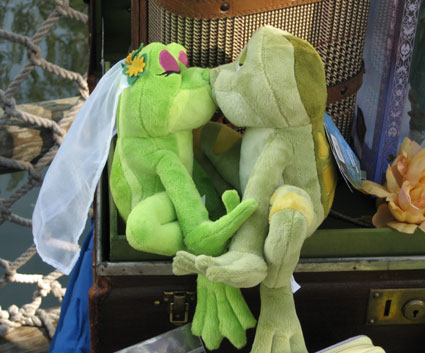 Another item that I think will be a bit hit are the Kissing Frogs. These are a pair of frogs from the film representing Tiana and Naveen in amphibian form. A magnet in their heads keeps them together in the kissing pose. 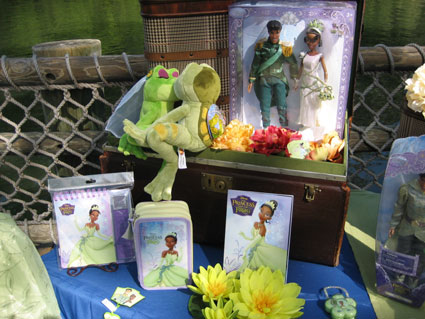 All this merchandise is currently available in every park in at least two locations, said Trujillo. And they’ll roll out to more locations as the film’s premier draws closer.