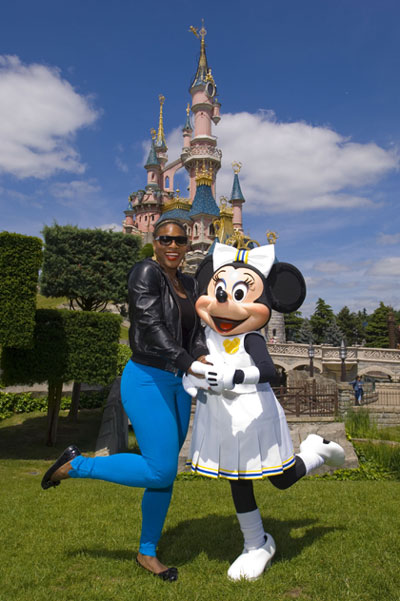 Disney’s Wide World of Sports does not hold a monopoly on getting athletes to visit. Disneyland Paris is close enough to Roland Garros to attract one of the world’s greatest tennis stars. The simultaneous holder of four Grand Slam singles titles, Serena Williams, took a relaxing break today at Disneyland Paris to enjoy Mickey’s Magical Party. Serena was joined by Minnie Mouse sporting her most beautiful tennis outfit.

Serena experienced Disneyland Paris and some of its most thrilling attractions including the Twilight Zone Tower of Terror, Rock’n’Roller Coaster and Big Thunder Mountain. Sounds like a blast. 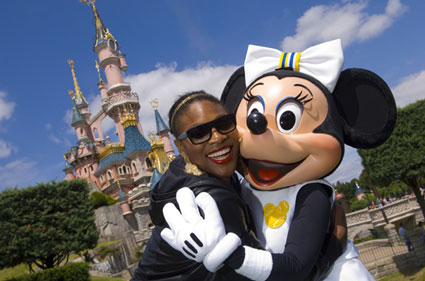