I wasn’t able to make it to DHS’s 20th, so please welcome guest author Leigh Caldwell to The Disney Blog.

Disney’s Hollywood Studios’ 20th birthday dawned bright and early May 1, with a special rope drop welcome by the park’s new vice president, Rilous Carter. Carter spoke briefly about the changes that have come to the park during its two decades. 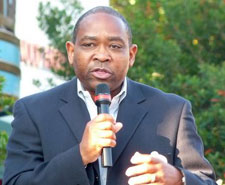 The real fun for Disney fans began an hour later, when three of the Imagineers involved in the building of the park gave a fascinating talk about the park’s history in the Premiere Theater. Most of the crowd was made up of dozens of Disney fans who were part of Studio 20, an unofficial celebration of the park’s anniversary organized by the guys at WDW Celebrations.

Walt Disney Imagineers Executive Vice President Bob Weis showed a slide of the Grauman’s Chinese Theater facade. And then came the music to many Disney purists’ ears: “This was the view walking down Hollywood Boulevard on opening day. You can’t get this view anymore. I hope we will get this view again soon.” 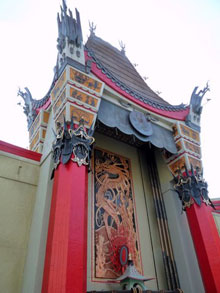 Weis, Tom Fitzgerald and Eric Jacobson seemed to genuinely enjoy their time reminiscing about the park. Jacobson told about his work as the art director of The Great Movie Ride, and his excitement at dealing with all the stars who had to grant permission for their likenesses to be used. “We went to John Wayne’s family first. Then the other stars would say, ‘If John Wayne is in, I’m in.'”

Jacobson also confirmed a fact that many Disney enthusiasts have known for a long time, that the Fantasia scene in The Great Movie Ride was originally built to be the tornado scene in “The Wizard of Oz.” He would not elaborate about why the scene was changed, but did say the change was made “at the last minute” and “for a number of reasons.”

A highlight of the Imagineer talk for me was a showing of “The Lottery,” a short film shot at the park that starred Bette Midler. I have missed this film on the Studio’s Backlot Tour and was glad to see it again.

WDW Celebrations then kicked off their Studio 20 scavenger hunt, with 69 questions about the park. Organizer Jason Diffendal said the guys had spent four days in the park looking for all the little details you wouldn’t normally notice. And then the teams were off, scouring the windows above the shops and the posters outside many of the attractions. 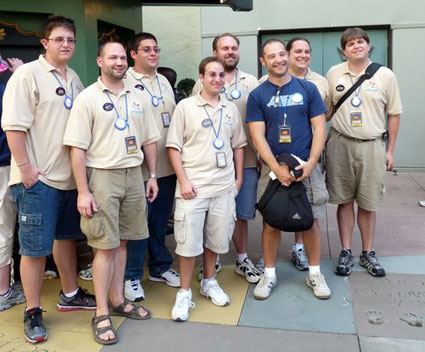 The gang from WDW Celebrations!

Four hours later, the scavenger hunt answers had to be turned in. Two teams tied for first place, with 65 correct answers, which led the WDW Celebrations team to declare the hunt too easy and promise harder questions next time.

The Studio 20 celebration continues Saturday, with group rides and a history walk.

Read more from Leigh Caldwell at her great website — ThemeParkMom.com.