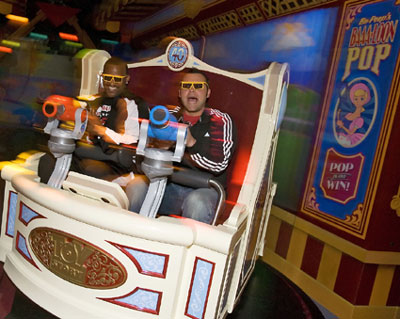 As an aside, I wish Disney would stop incorrectly referring to the attraction as “Toy Story Mania!” Sure, it’s shorter but it makes the attraction sound like a horror flick where toys go on the attack. The ‘midway’ is actually important in building the story and guest expectations. Okay. I’m done.