When the SLG comics published Disney branded fizzled out after six issues I figured that was it for a while for Disney in the comics publishing biz. But really, Disney was just switching gears and publishers. Boom! Studios is getting reading to release three new comics with a Disney (or in this case Pixar or Muppets) theme. 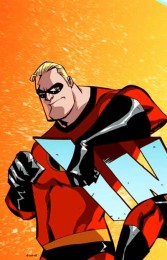 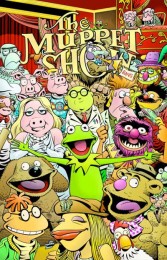 The incomparable Roger Langridge (Fred The Clown) brings his absurdist humor to The Muppet Show stage! Longing for the swamp, Kermit forlornly plucks his banjo, while Miss Piggy, Fozzie, Gonzo and the entire gang tries to jolly him out of his funk. Packed full of madcap skits and gags, The Muppet Show is sure to please old and new fans alike.

Look for more titles coming in the future, but you can pre-order these first issues now through a store such as Mailordercomics.com and save a bit off the newsstand price.