Music of Disney Concert in Tales from the LaughingPlace Magazine 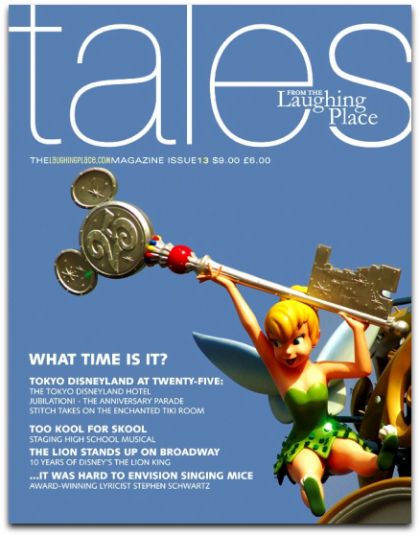 Tales from the LaughingPlace Issue 13 Cover

Just got word from Lindsay Cave at Tales from the LaughingPlace Magazine that issue 14 will have feature on the “Music of Disney Concert” that was recently held in London and will be broadcast on December 26th on BBC Radio. You can find in in a new section called “Teasing Tales.”

Tales from the Laughing Place was exclusively invited to cover the rehearsals for the show. The photographs featured here are from the afternoon rehearsal prior to the evening’s performance. Complete coverage of this event will feature in Issue 14 of Tales from the Laughing Place and include interviews with performers Ashley Brown, Kerry Butler, Heather Headley and Disney’s music maestro Chris Montan along with photographs from three rehearsal sessions.

After seeing the exclusive teaser photos and  content, I really want to see this show; but alas, BBC’s website usually blocks out programs like this to outside countries. Update: Here’s the link to listen to the show. It looks like it isn’t geo-restricted either. That’s good.

You can subscribe to Tales from the LaughingPlace Magazine at The LaughingPlace.com Store. Makes a great Christmas gift if you’re still looking for one.