Disney has opened to beta play the Pixie Hollow MMORPG based on the Disney Fairies properties. If you previously created a fairy on the site, you can now log in and play that fairy. You can also start a new fairy and join in. I found the creation part easy to follow and the games were fun. Much of the game isn’t open yet, so I expect that area will get even better. But, perhaps due to the flighty nature of fairies, I found the interaction with other players to be difficult at best. 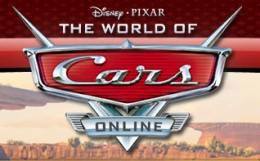 Also, we heard today that The World of Cars will open in beta later in October. Players will get Car avatars in the world created by Pixar’s movie of the same name.