For some reason, I really like this TV Guide cover featuring the six housewives of Wisteria lane. It’s been a long time since I’ve seen all six Desperate Housewives on a cover together like this. 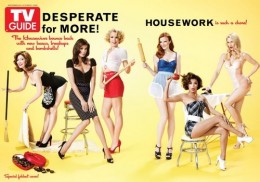