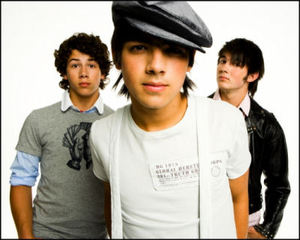 Have you heard of the Jonas Brothers? They’re a music group popular with young fans that is sweeping the nation, in part due to their close association with Miley Cyrus/Hannah Montana and promotion by Disney. CAP News, which appears to be a cleverly done spoof on ABC News, has a humorous story questioning the validity of the Jonas Brothers existence. Are they real? Or a cleverly crafted fabrication by the minds at Disney’s Imagineering and Animation crew. What did happen to those Circle 7 workers anyway? (Read)