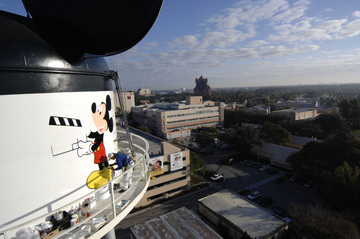 Also don’t forget that Feb. 29-March 2, 2008 marks the return of ESPN The Weekend to Disney’s Hollywood Studios. Visit www.espntheweekend.com for the latest information about the upcoming event. (Garth Vaughan, photographer)