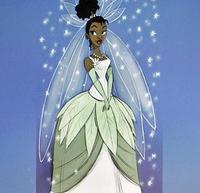 Those who saw Disney’s National Treasure: Book Of Secrets this weekend and help bring in the estimated $65 million total for the holiday weekend were also treated to the start of a new trend at Disney — the return of the animated short film. The Goofy short "’How To Hook Up Your Home Theatre" also heralds a commitment from Walt Disney Animation Studios to return to hand-drawn animation.

Leave it to John Lasseter to tell it like it really is:

Lasseter has also approved production of a new hand-drawn film at WDAS. "The Princess and the Frog" will be a ‘modern’ fairy tale about a young girl, Princess Tiana, from the French Quarter of New Orleans set during the jazz age. It will also feature Disney’s first African-American Princess. Ron Clements and John Musker have returned to Disney to direct the film.

previousWill an Iceberg sink the Molly Brown?
nextPirates of the Caribbean films timeline