It’s always a chicken and the egg question when a TV series gets moved to Friday night. Did the network place it there because that is the slot its numbers justified, or did the low numbers come from being exiled to the Siberia of TV, the Friday night slot. Suffice it to say that when ABC moved “Extreme Makeover: Home Edition” to Friday night the writing was on the wall that this would be its last season. Now Disney has made it official with the series finale airing on January 13, 2012.

The show that has impacted thousands of lives is going out with one of its largest projects ever, rebuilding seven homes in tornado-ravaged Joplin, Missouri. This won’t be the last we see of “EM:HE”, the crew will return from time to time with special episodes. Four are planned for the future.

I will miss the show, but have to admit that I haven’t watched the last few seasons. Something about the show became too formulaic and an emotional disconnect developed. Even the recent ‘Celebrity of the Week’ addition couldn’t build any excitement. We’ll see if the replacement show “The Secret Millionaire” can fill the void.

Editor: A big thank you to Marrin G. for agreeing to attend and cover this event for The Disney Blog 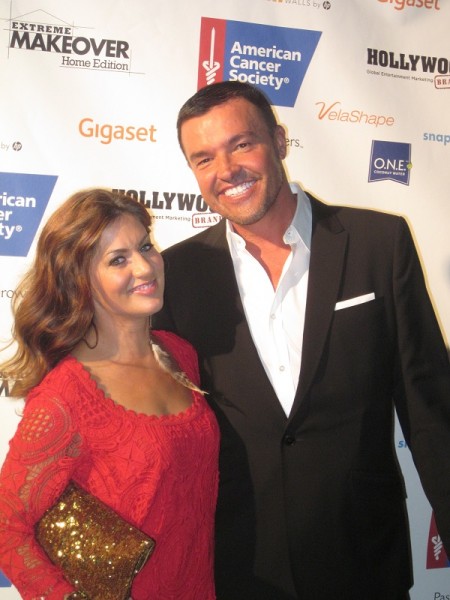 The town has gathered. Neighbors, friends and family are cheering. Only a bus and Ty Pennington stand in the way of a deserving family’s new dream home. Ty orchestrates the crowd as they chant “move . . . that . . . bus!” The family screams praises and scrambles through the doors to discover a palace resembling that of Cinderella. Cue explosive and triumphant music. Cue tears.

Addictive, emotional, and uplifting, Extreme Makeover: Home Edition is an ABC staple series. To celebrate the start of the beloved show’s ninth season and in support of The American Cancer Society, Hollywood Branded threw a fabulous premiere party in downtown Los Angeles. The event took place at the beautiful Vibiana, a retired cathedral and quite literally for the night, the Church of Disney.

Central Florida get ready for an Extreme Makeover