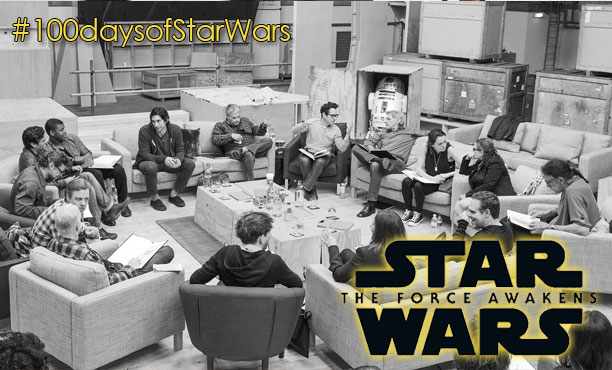 Day 99 The primary cast of Star Wars: The Force Awakens was announced on April 29, 2014 with a photo of the first table read of the script at Pinewood Studios near London. Pictured are director JJ Abrams with Harrison Ford, Daisy Ridley, Carrie Fisher,… Read More »100 Days of Star Wars – 99 days until premiere