Obviously, the Chinese Theatre is in the middle. That is the big ‘weenie’ for Disney’s Hollywood Studios drawing guests into the center stage area of the park from the main entrance.

Then there are four more buildings. At the far left is the Carthay Circle Theatre, then Legends of Hollywood is next to that. On the far right is Beverly Sunset with its iconic neon signage. The remaining building had me stumped at first. 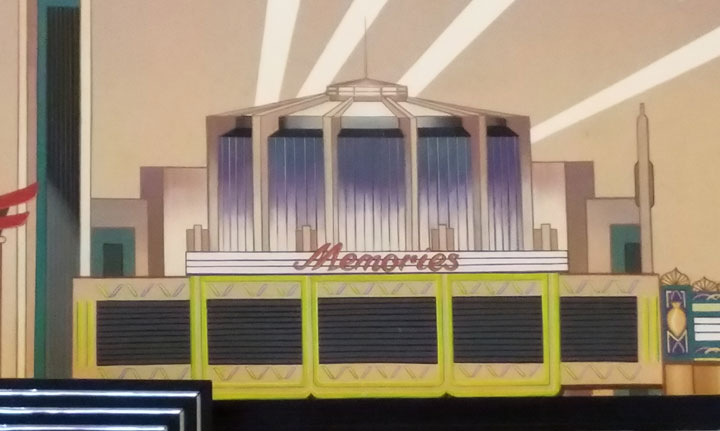 Then I realized it was literally right next door. 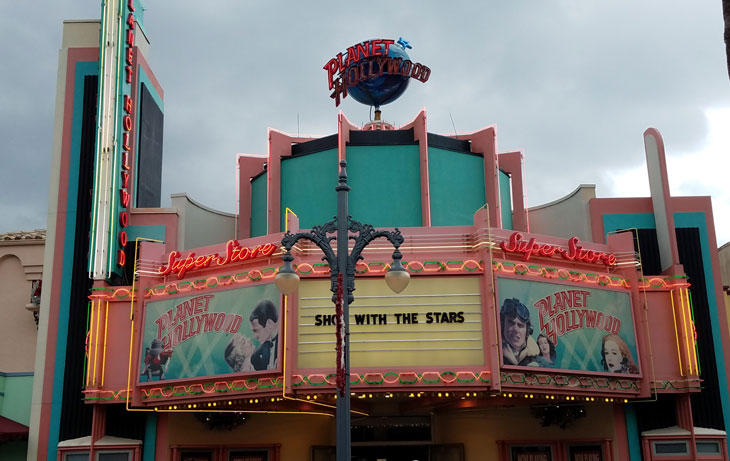 Yes it’s the Planet Hollywood Store. The mural ties four big buildings on Sunset Blvd in with the park’s main icon. It’s a great bit of storytelling from Disney’s Imagineers.

Where do you generally shop when at Disney’s Hollywood Studios? What types of merchandise do you like to take home as souvenirs?