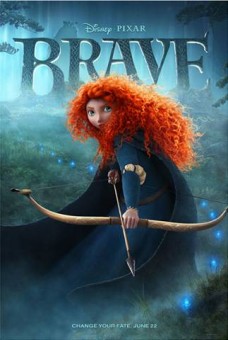 Louis Gonzales is a Story Artist at Pixar and was part of the team that traveled to Scotland for research (it’s all relative, they had to travel to the dump for Toy Story 3). It sounded amazing. He told this great story about a small, simple dinner they had one night while in Scotland, and how a woman had started singing a haunting, beautiful song that really touched him. He was so inspired that he created a scene with a similar song. His version wound up being a lullaby sang to Merida by her mother. There was a whole process that he had to go through in order to have the scene added to the film. It involved his having to sing falsetto in front of the Pixar bigwigs, and from the sample he played us it’s lucky he has such a fantastic day job:Read More »Behind Brave: The Pixar Process