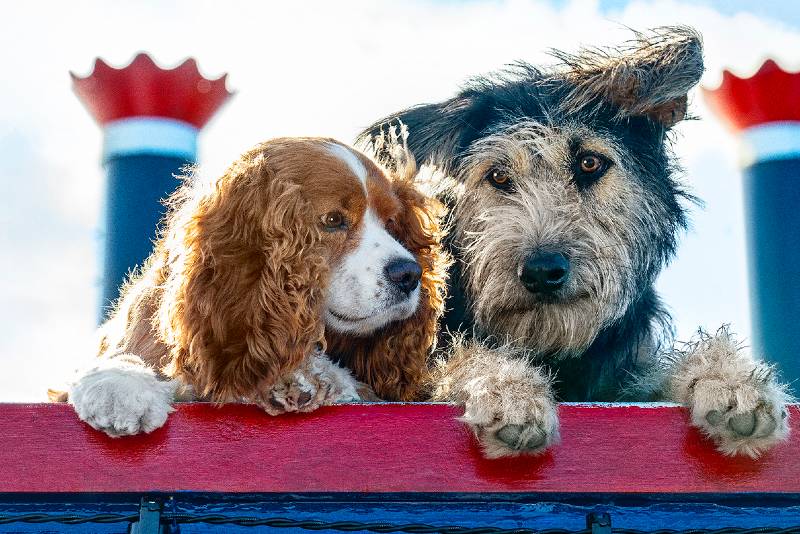 When Disney decided they wanted to do a live action remake of the animated classic “Lady and the Tramp” using live animals for its stars, they knew they had a couple of big challenges ahead of them. Where would they find their stars and who would train them? A new featurette from the makers of “Lady and the Tramp” looks at the adoption process for the film’s animal stars — all of whom were found in animal shelters and rescued by veteran animal trainer Mark Forbes.

“Mark is a standout in his field in terms of his capability, what he can do, but also in terms of his style,” says producer Brigham Taylor. “He works in the most genteel and quiet fashion and really motivates the dogs that he works with through real affection and love.”

The first task for Forbes was to cast the perfect Lady and perfect Tramp, and it was crucial they find two dogs who closely resembled the iconic characters from the 1955 film. “We had to get it just right,” explains Forbes. “We wanted to find the best-looking dogs but also ones who had worked before or been trained.”

“Casting these dogs was one of the most stressful, but also one of the most moving parts, of making this movie,” says director Charlie Bean. “We needed dogs that best represented the animated versions, but we were also hoping to find rescued animals.”

The Disney team, filmmakers, and Forbes looked far and wide for dogs in need of rescue or adoption to play the parts.

“It is not only the right thing to do, but the message really aligns with the messages in this story,” says Forbes. “This is a story about discovering the meaning of family and, despite all the odds, finding your way back home to the ones that love you. We wanted to try and find homes for dogs that may otherwise have not been adopted.” 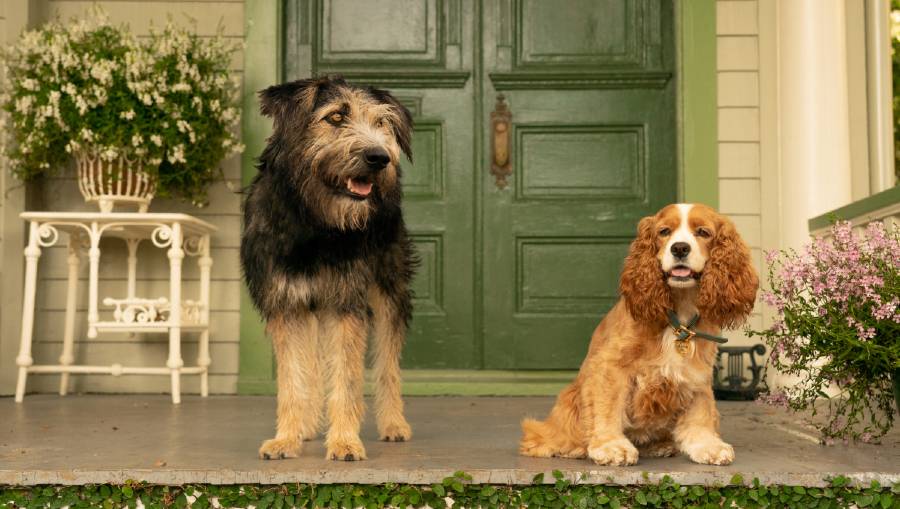 For Tramp, the charming rogue from the streets, the filmmakers wanted a mutt with ears that stand up and kind of fold over, which is Tramp’s signature look. Fortunately, Monte, a mix of unknown breeds (but most likely schnauzer and shepherd), entered their lives at the perfect time. Monte was wandering the streets when he was rescued by a shelter in New Mexico before being pulled by an animal rescue group in Phoenix, where Forbes found him. After casting him as Tramp, he went one step further and adopted Monte himself.

“Monte is not necessarily what you would call a tramp…he’s much more of a rascal,” says Forbes. “He’s a goof and he loves to chew on everything, but he’s also a lot of fun because everything with Monte is about ‘hey, let’s have fun doing this.’ It’s not about work with him, it’s always about play.”

With Monte cast as the lead Tramp, they needed to find and train a dog to support the star dog when needed. Billy Idol, a terrier/poodle/Australian shepherd mix, was a stray living in California when he was taken in by a shelter and subsequently rescued by Forbes and his team…and his resemblance to Monte was uncanny.

A bright-eyed American cocker spaniel from Texas named Rose was cast as Lady. Raised as a prized hunting dog, Rose not only fit the part physically, but she also had the right personality. Rose’s owners had begun looking for an alternative home for her where she would continue to be stimulated and active when Forbes found her.

“Rose has been hunting since she was a puppy, so she has a very intense personality,” says Forbes. “She’s a pistol and she needs a lot of attention and likes routine, so she was perfect for this role.”

Forbes’ professionalism and obvious affection for the animals was impressive to observe on set, and it trickled down throughout the entire cast and crew. Rose, Monte, and their canine castmates trained for four months to prepare for their roles. The trainers lived with the dogs and worked with them very naturally, walking and playing with them together and getting them geared up for production.

Each dog had a prep period where they were taught basic commands like sit and lay down before building on their training for the specific scenes.

“They were baby steps, but very consistent and they provided positive reinforcement,” explains Forbes. “And if it’s not fun for them, they’re not doing it, so a big part of our job is making what they’re doing, including training, fun.”

Watch the official trailer for Lady and the Tramp:

Life is good for Lady, an overachieving American cocker spaniel who resides in an idyllic suburban neighborhood. Her owners, Jim Dear and Darling, pamper her daily and her neighbors, Jock, an eccentric and outspoken Scottish terrier and Trusty, a world-weary bloodhound, are always within barking distance. But when a baby enters the picture, Lady is no longer the center of attention. The arrival of cat-loving Aunt Sarah only complicates matters, and Lady soon finds herself alone on the streets in an unwelcoming part of town. Fortunately, Tramp steps in, and the streetwise mongrel is quick to teach her the ways of the world. Before long, the prim and proper purebred and the fast-talking mutt are inseparable, taking moonlight strolls in the park and romantic dinners by candlelight.

Tramp savors the independence of a world without leashes or fences alongside his roguish friends, the sassy and vivacious Peg and bad boy Bull, but Lady misses the comfort and safety of a family. Despite their differences, they grow closer and come to understand the value of home, but must decide where – and with whom – that home is.

A heartwarming romantic adventure that seamlessly combines live action and photorealistic animation, “Lady and the Tramp” stars Tessa Thompson as the voice of Lady, Justin Theroux as the voice of Tramp, Thomas Mann as Jim Dear, Kiersey Clemons as Darling, Yvette Nicole Brown as Aunt Sarah, Adrian Martinez as Elliott, F. Murray Abraham as Tony, Sam Elliott as the voice of Trusty, Ashley Jensen as the voice of Jock, Janelle Monáe as the voice of Peg and Benedict Wong as the voice of Bull. The film is directed by Charlie Bean from a screenplay by Andrew Bujalski and Kari Granlund, and is produced by Brigham Taylor, p.g.a., with Diane L. Sabatini serving as executive producer.