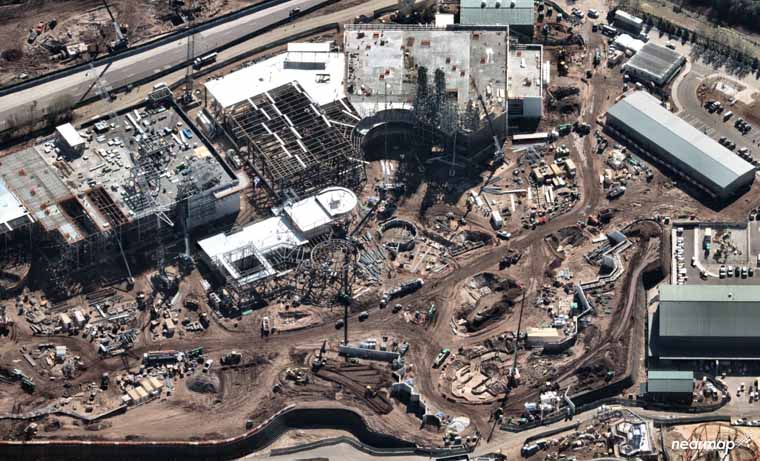 Aerial imagery company Nearmap has run its satellite eyes over the region of Walt Disney World again and given us a new look at the progress on Star Wars: Galaxy’s Edge and Toy Story Land construction at Disney’s Hollywood Studios. This particular set of images features Nearmap’s Oblique aerial photos which provide a better multi-perspective aerial view of the construction.

Opening in 2019, Star Wars: Galaxy’s Edge is the park’s largest single-themed land expansions ever at 14-acres. The new land will transporting guests to a never-before-seen planet, Batuu, a remote trading port and one of the last stops before wild space where Star Wars characters and their stories come to life. The land will stay true to the Star Wars galaxy and have two signature attractions, including the ability to take the controls of one of the most recognizable ships in the galaxy, the Millennium Falcon, on a customized secret mission, and an epic Star Wars adventure that puts guests in the middle of a climactic battle between rebels and the First Order.

Looking through the roof into the Millennium Falcon attraction you can still see one of the four round foundations for the attraction. Having four sets separate ‘theaters’ should help keep the ride capacity high. You can spy a few rocky spires on top the show building side that has a complete roof. No sigh yet of the life-sized Millennium Falcon that will sit out front of the attraction entrance.

The encounter with the First Order attraction show building is huge and mostly enclosed now. There’s a lot of rock work beginning to appear on it as the show building will eventually be hidden behind a cliff face. A closer look inside a show building 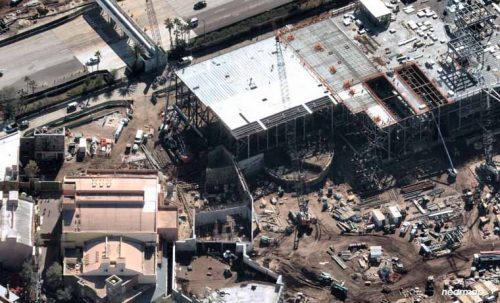 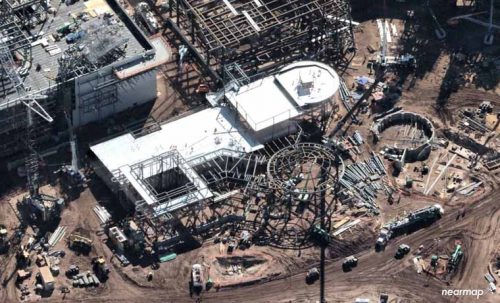 One of the shopping and dining areas 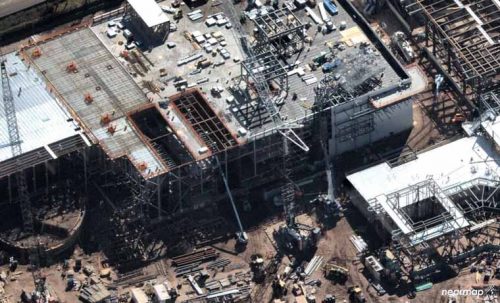 Work on the show building for First Order encounter 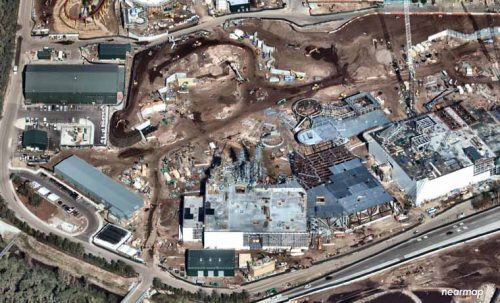 Another angle of the land 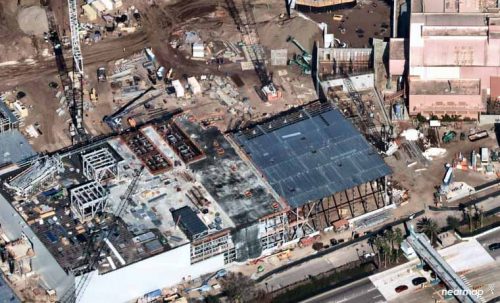 Toy Story Land will open in the summer of 2018. Guests will step into the whimsical world of Pixar’s blockbuster films where playtime stretches longer than a Slinky Dog. Guests will feel like they’ve shrunk to the size of a toy as they play in Andy’s backyard with their favorite Toy Story pals. In addition to a re-oriented entrance for Toy Story Midway Mania, there will be two new attractions – Alien Swirling Saucers and Slinky Dog Coaster.

In Toy Story Land, they’ve started to put in a bit of the landscaping around the Slinky Dog Coaster. The coaster itself has begun testing.

Facade work is ongoing on what used to be the backstage side of the Toy Story Midway Mania show building. It will now be ‘on stage’ and themed to look like the back yard of Andy’s house. Work is on going on the new structures that will house dining, restrooms and stores. 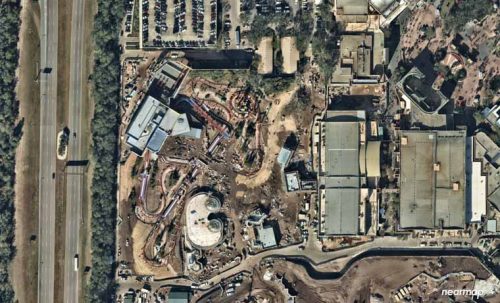 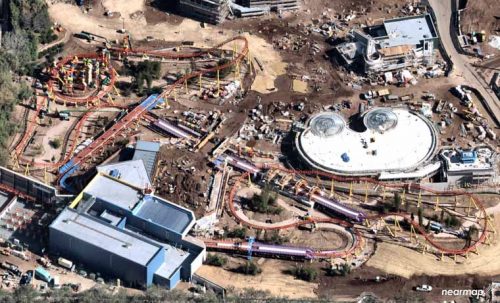 Looking from back of coaster 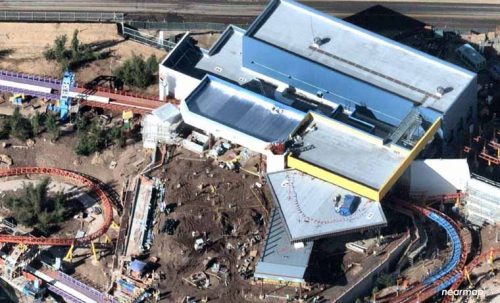 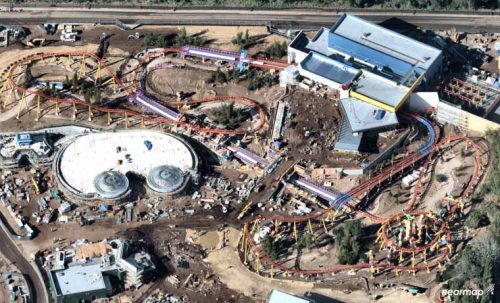 Will it be open by summer? 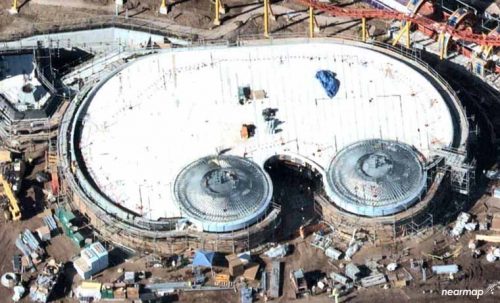 These aerial photos are all from December 13 of last year. So they’ve had about a month to complete some more work. Disney has magic in its veins but it does look like they’re going to have a hard time making a Memorial Day Weekend opening. How know, though. It could happen.

We still don’t have a more exact date for Star Wars: Galaxy’s Edge than 2019, but I imagine they’re shooting for May as well, if not earlier.

A big thanks to Nearmap for sharing these terrific aerial images with us. Which new attraction are you looking forward to riding first in Toy Story Land?