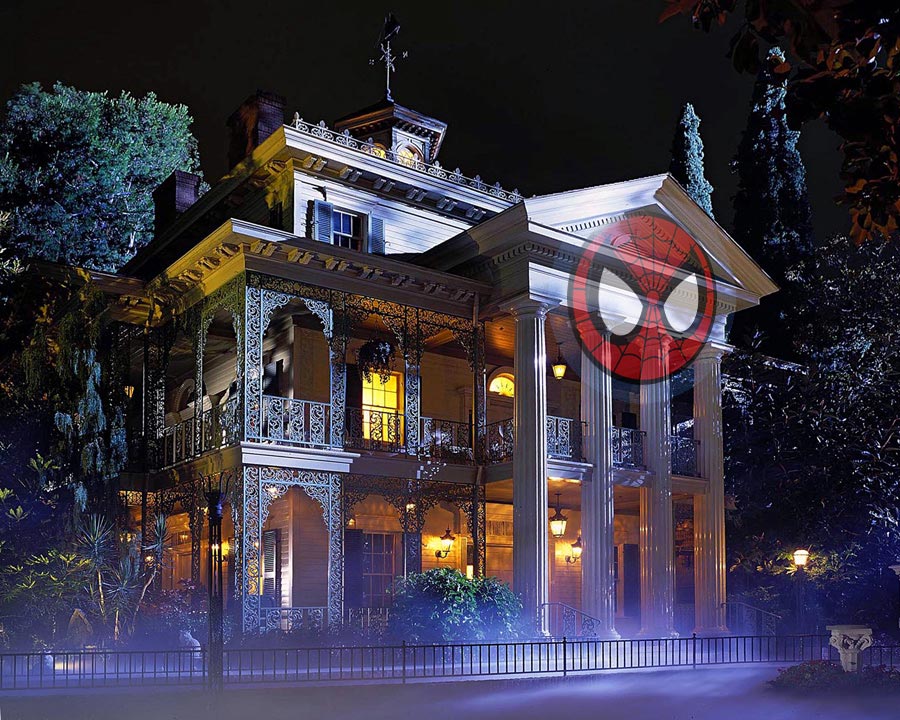 They’re really going to do it. The need for more Marvel presence in the Disneyland Resort is glaring and was one of the things new Disney Parks President Bob Chapek put a high priority on fixing. The rumor was hard to believe, but in the end analysis actually made sense. The result is a re-theme of the popular Haunted Mansion dark ride into an out of this world Marvel attraction — “Spider-Man’s Spider-Mansion!”

Debuting this summer, Spider-Man’s Spider-Mansion! will take Disneyland guests through the fortress-like mansion of everyone’s favorite web-slinger, where he has locked up some of his most fearsome enemies as prisoners. Guests will board a “Doctor Doombuggy” which takes them through the eerie corridors of the mansion on a daring adventure, as the nefarious villains have escaped. 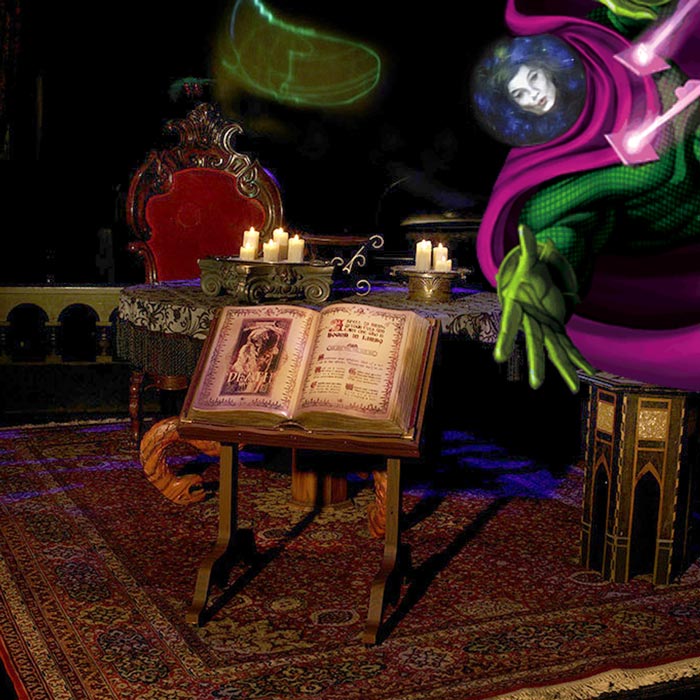 Disney’s Imagineers will upgrade breathtaking dark ride sensations with new visual and audio effects to create a variety of ride experiences. Guests will experience multiple, random and unique ride profiles simultaneously in which the movement of the buggy rocks to the beat of music from the new film “Spider-Man: Homecoming” which swings into in theaters July 6, 2017. Just imagine the sweet sounds of MGMT drifting through the buggy speakers as the following scenes unfold. Joe Roady, Portfolio Creative Director, Walt Disney Imagineering, is leading the project. He shared this preview of the new attraction: “The setting is a kind of mansion that’s owned by everyone’s favorite web-slinger Spider-Man, where he has locked up some of his most fearsome enemies as prisoners. Guests will board a “Doctor Doombuggy” which takes them through the eerie corridors of the mansion on a daring adventure, as the nefarious villains have escaped. And the rest is comical chaos; a very funny, very irreverent story and a really wonderful addition to the original Disneyland. The old mansion already having spiderwebs everywhere gave us a great head start. ”

“It’s such a thrill to be working alongside a true visionary like Joe Roady and the entire Walt Disney Imagineering team,” said Joe Quesedilla, Chief Creative Officer, Marvel. “Like our stories and characters, projects led by Joe are the stuff of legend, so Marvel fans rejoice! The universe couldn’t be in better hands! Unless you’re a Haunted Mansion fan. Spider-Man’s Spider-Mansion is going to be an out of this world experience and what has me even more excited are Joe’s ‘secret’ plans for the future. We’re just getting warmed up.” 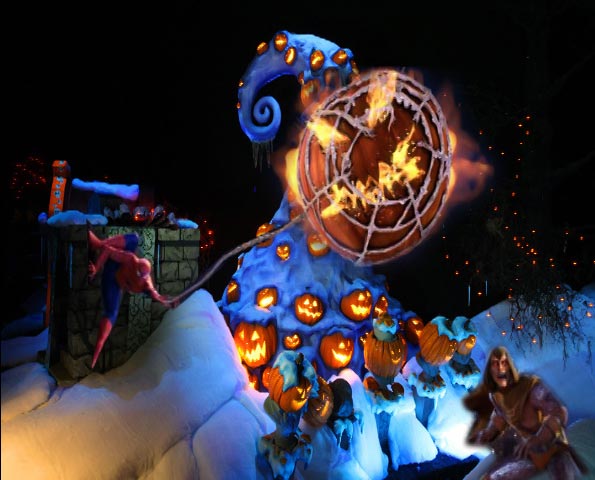 The announcement was made today by Kevin Figgy, President of Marvel Studios, who said: “The incredibly talented Disney Imagineering team has found a way to harness the spirit which drove Spider-Man’s success to create this immersive experience. With its debut timed to the release of the newest film, we are eager to present the attraction to the millions who visit Disneyland to see the Haunted Mansion and instead place them in the center of the action as they join in a mission alongside everyone’s favorite web-slinger.”