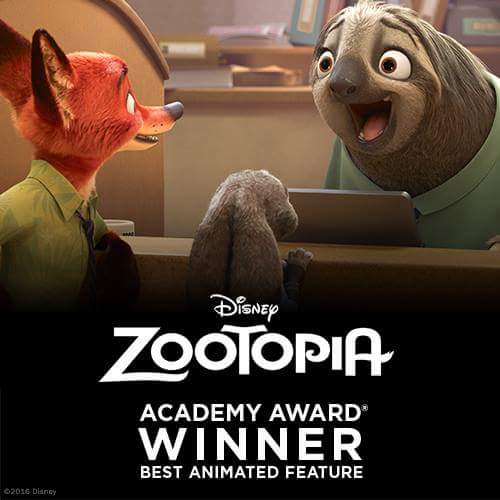 ​It really is the truth that it’s an honor just to be nominated. When you’re on the list with other talented artists and technicians you’ve been recognized for excellence. But to win an Oscar will forever write your name in the record books. Here are the Disney films and artists who won at last night’s Academy Awards.

Piper from Pixar won for Best Animated Short. Congrats to Alan Barillaro and Marc Sondheimer and their team.

Best Visual Effects was won by ‘live-action’ Disney’s The Jungle Book. That film’s director, Jon Favreau, is currently working on an adaptation of “The Lion King” using the same technology.

ESPN films wins Best Documentary Feature for O.J. Made in America. It thier first Oscar and the longest film ever to win an Academy Award.

Also we have to give props to “How to get away with Murder” star Viola Davis who won best supporting Actress for her role in “Fences” opposite Denzel Washington.

One of the night’s highlights was Auli’i Cravalho whose performance of “How Far I’ll Go” shined in stage even if it didn’t win the award in the end. No EGOT for Lin-Manuel Miranda yet.

Watch @Lin_Manuel and @auliicravalho deliver a heartfelt performance from the #Oscars stage. Presented by @ATT. pic.twitter.com/TsXM1xaIPn

ABC’s Jimmy Kimmel was the host for the show. He treated it essentially as a longer version of his talk show bring some skits and silliness to the proceedings. He also trolled Trump in a few segments. If you watched the ceremony, how would you rate Kimmel’s performance.

Plus, how about that Steve Harvey moment at the end where “La La Land’ was erroneously announced as Best Picture winner. “Moonlight” was the real winner