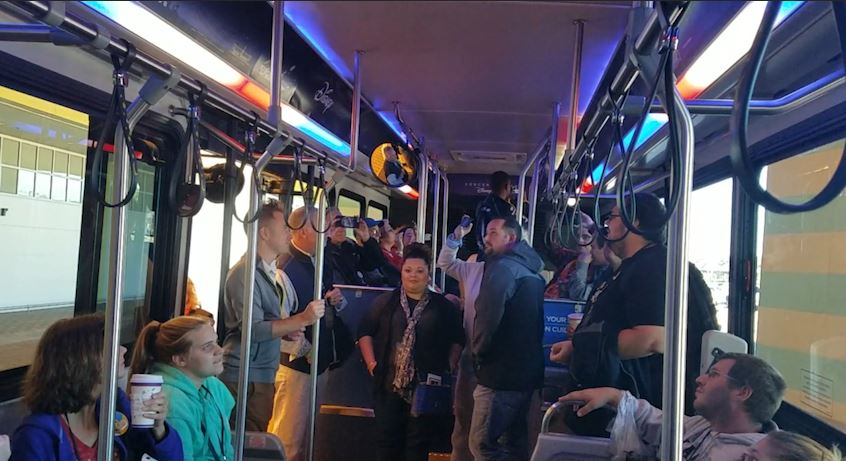 The Sorcerer Class Motor Coach was a proof-of-concept vehicle designed for the Walt Disney World transportation bus system. Meant as an exclusive bonus feature for guests going to the Magic Kingdom, it would transport, inform, along with provide world-class entertainment to the guests on board.

As you can see in the video below, the bus had overhead light tracks that were synchronized with audio tracks. In addition to some promotional materials, they provided useful information for the parks, and entertainment. Right now all you see on the walls are advertisements. So this would be a step up.

The prototype bus was parked outside the Contemporary convention center during the D23 “Destination D” event back in November. It had never seen guest service at that point and we were told it probably never would.

We hope they’ll be able to refine this concept into something that could see regular operation at Walt Disney World. It’s definitely a step up from existing bus service in terms of entertainment and would be a great for those long rides between Animal Kingdom Loge and the Magic Kingdom.