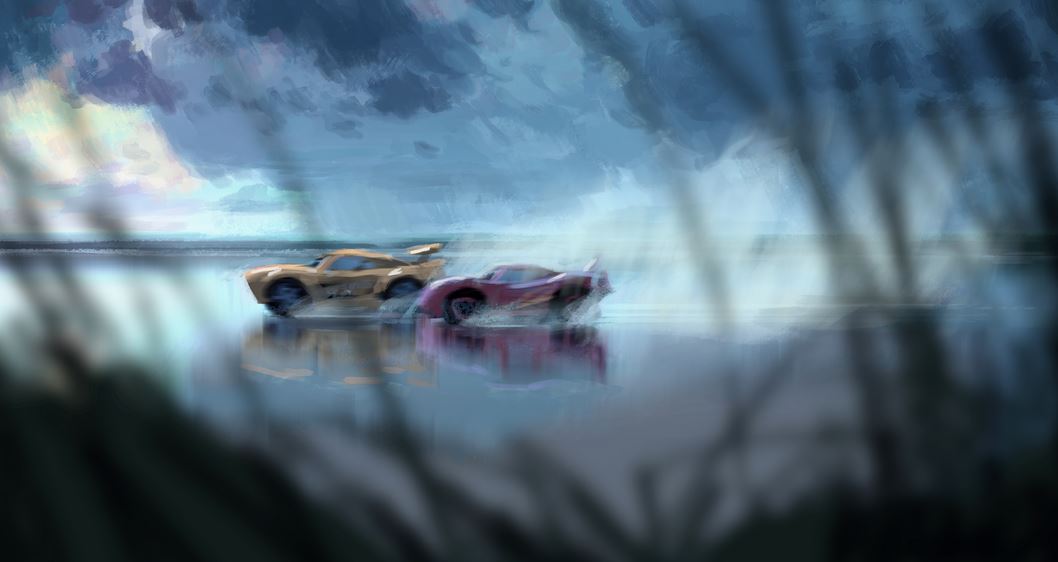 We have our first synopsis and concept art for Pixar’s upcoming movie “Cars 3.” The images for the third installment of the series were shared by USA Today.

We also heard from Director Bryan Fee who says Cars 3 is a “love letter to racing and the American way. We’re inspired by the Americana you see traveling through the South where every small town has a dirt track.”

The new synopsis released for Cars 3 reveals Lightning McQueen is no longer the sleek machine he once was. His new trainer is Cruz Ramirez, a yellow racing car who helps him train for the Florida 500 (the Cars equivalent of the Daytona 500). Ramirez is a sleek young Hispanic female race car who will no doubt add a new heroine to the Cars franchise. 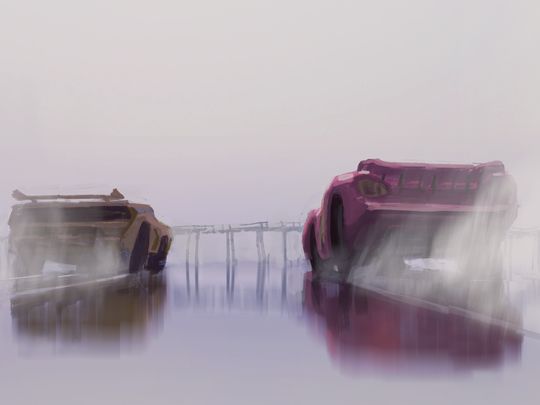 Lightning McQueen faces new challenges as the racing world modernizes and he is trounced in a race by upstart Jackson Storm.

“Jackson Storm is the face of these rookies who have come onto the scene,” says Fee. “And McQueen is in a position where his entire racing generation is being pushed out. But it’s too early to be shown the door right now.”

“Cruz Ramirez is trying to figure out how this old dog can learn some new tricks,” said Fee.

Owen Wilson will be be back in his role as Lightning McQueen, but we don’t yet know who is voicing Cruz Ramirez. This is Fee’s directorial debut for Pixar.

Judging by the concept art by artist Noah Klocek, Cars 3 will have a tribute to the beach racing origins of the Daytona 500. I like that idea.  We’ll find out June 16, 2017 when Cars 3 races into theaters.