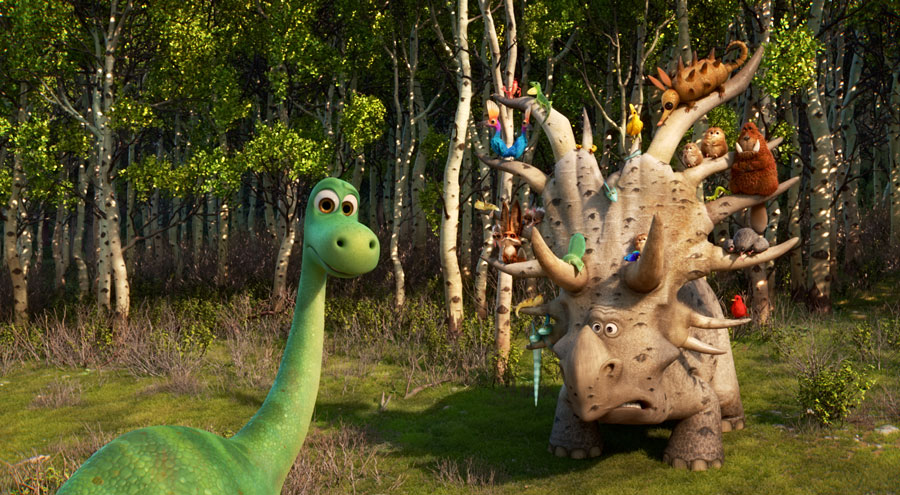 Update: Added new longer clip with The Collector and a new Pixar website for The Collector. Info added below.

The global premier was last night and word from those who have seen early screenings of “The Good Dinosaur” is that Pixar has produced another strong emotional roller-coaster filled movie. I don’t want to say much more than that until I get a chance to see it. 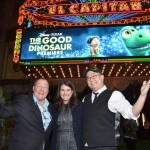 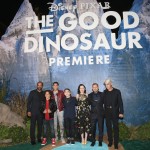 The voice cast attends the World Premiere Of Disney-Pixar’s THE GOOD DINOSAUR at the El Capitan Theatre on November 17, 2015 in Hollywood, California. (Photo by Alberto E. Rodriguez/Getty Images for Disney)

Arlo, a young dinosaur, has acquired a young human. Together they meet the Pet Collector, believes that whomever names the pet, gets to keep it. Watch out:

Pixar also gives a closer look at the friends the Pet Collector has already acquired:

Update: Pixar has now opened a website where you can get your own pet name. But be careful, as The Collector says, “I name him, I keep him.”

Of course, we’re getting all these new clips because it’s “Dino Week”!

Early viewers also said how the scenery definitely becomes another character in the movie. If anything it’s a little odd how realistic the backgrounds are compared to the animation. But I’m getting used to it the more previews I watch.

“The Good Dinosaur” asks the question: What if the asteroid that forever changed life on Earth missed the planet completely and giant dinosaurs never became extinct? Pixar Animation Studios takes you on an epic journey into the world of dinosaurs where an Apatosaurus named Arlo (voice of Raymond Ochoa) makes an unlikely human friend. While traveling through a harsh and mysterious landscape, Arlo learns the power of confronting his fears and discovers what he is truly capable of.

Directed by Peter Sohn and produced by Denise Ream, Disney•Pixar’s “The Good Dinosaur” opens in theaters on Nov. 25, 2015.