Disney to remove bust of Bill Cosby from Hollywood Studios 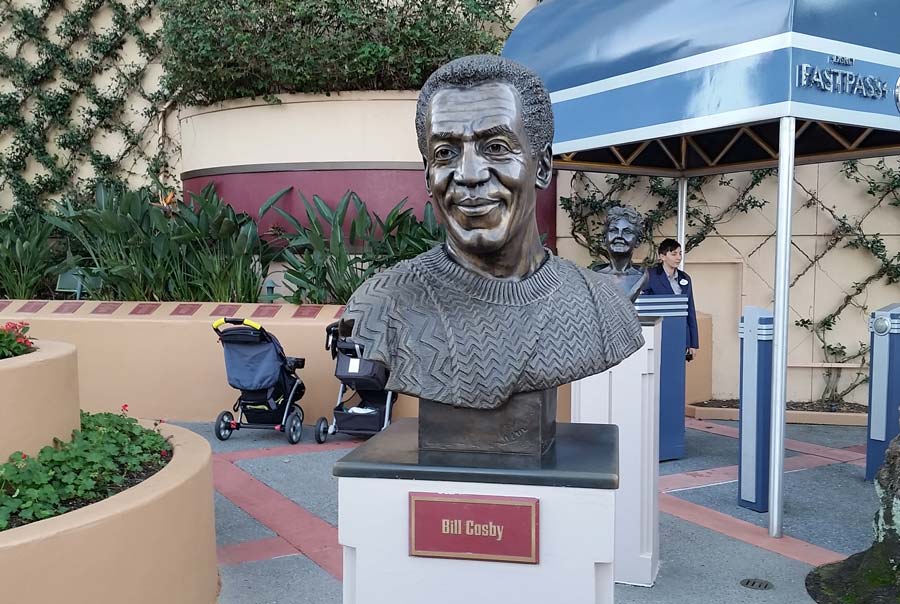 Disney’s Hollywood Studios is removing the bust of embroiled comedian Bill Cosby from its pantheon of artists who have been inducted into the Television Academy Hall of Fame.

A Disney spokeswoman said the statue would be removed Tuesday night after the park closed.

Newly unsealed court records revealed that Cosby testified in a deposition that he had obtained drugs with the intent to give them to women with whom he wanted to have sex. While he hasn’t been convicted, or even indicted, of rape, this evidence is collaborated with testimony from dozens of women who have come forward saying Cosby drugged and raped them.

After these accusations first came to light, an online petition was circulated requesting Disney remove the statue. I’m not sure what level of proof made Disney change its mind, but I’m a little sad the overwhelming chorus of 35+ accusers wasn’t enough.

Still, better late than never. If I never have to see or hear about Bill Cosby again, I’ll be okay with that.