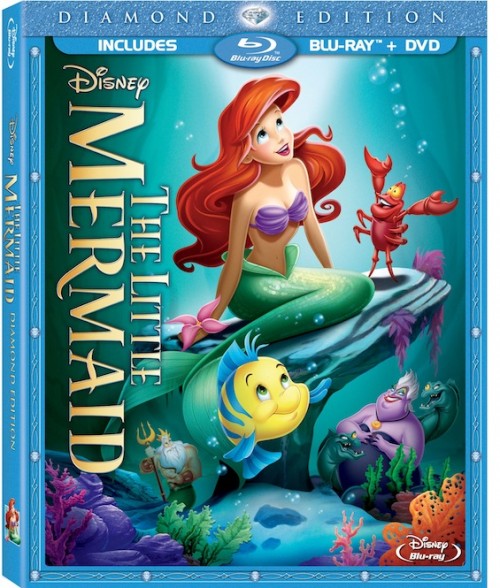 The October release The Little Mermaid in a remastered Diamond Edition Blu-Ray DVD has run into an unfortunate bit of trouble. Fans have reported the modern Disney animated feature has numerous changes and editing errors that modified it from the original.

There are a couple errors on the blu-ray, for some unknown reason the opening title was changed, which is relatively minor, but the song “Part of your World” has a major error. An edit in the remastering process caused a scene to be reversed. Ariel is singing but the animation shows Flounder sighing. Then when Ariel is moving downward, you see her body moving out of sync with the music and she’s singing the wrong words.

The error was discovered back in August and Disney’s original response was a bit tactless:

In preparation for its Blu-ray release, THE LITTLE MERMAID went through an intensive re-mastering process. Unfortunately, a minor oversight led to a switch of two small cuts during the “Part of Your World” scene. There is no impact on the quality or overall experience of the film.

We hope this provides you with the information you require. However, if you require any further information then please do not hesitate to contact us.

I’m not sure why Disney felt it needed to discount the opinions of its fans so harshly. (Actually, I am sure as a recall program is likely an expensive proposition.) It took a few weeks, but Disney has come around and they are now offering replacement discs. Note: this is only for the 2D Blu-Ray and DVD sets.

Disney will require you to provide your contact information for shipping purposes (name, address, ect) and then ask you a few questions such as where did you purchase the Blu-Ray set?, What is the UPC?, etc. If everything is in order, Disney will send a pre-paid envelope. All you need is to put the discs (2D Blu-Ray and the DVD) inside and mail it back. The replacement program is free. If you’ve downloaded a digital version, you may need to download a new version of that as well.

Of course, Amazon is still selling the Diamond Edition if you want to risk getting a copy with an error. This movie will eventually go back into the vault. So now’s your chance to add it to your collection, with replacement discs if you so choose.