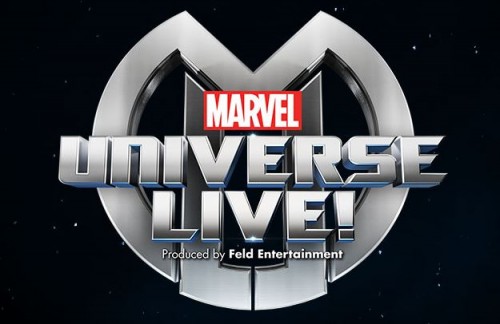 The world of Marvel superheros will soon explode off the screen and page and onto the stage of ‘Marvel Universe LIVE!’ The production was unveiled at NYCC and is expected to play the first stop of a 2-year 85 city tour beginning in July 2014.

The show will have over 2 dozen Marvel superheros and will feature acrobatics, martial art stuents, and theatrical effects. Fans of Disney on Ice will be familiar with Feld Entertainment, who will produce the live productions.

“For Marvel Universe LIVE!, we have assembled an accomplished creative team to develop these characters in a truly authentic production for the millions of Marvel fans around the world,” said Juliette Feld. “This touring event will be the most technically advanced live show to date, and will bring the Marvel Universe and its bigger-than-life Super Heroes and Super Villains to life before a live audience for the first time.”

Although the Broadway version of “Spider-Man: Turn Off The Dark” had a bumpy start, it has been very successful at filling seats. The initial teaser trailer is intentionally vague (I’m sure they’re still in concept art phase with no finished costumes yet), but this behind the scenes production featurette is much more interesting and includes scenes from what looks like the audition process or some initial brainstorming sessions.

Does a touring stage show featuring Marvel Superheros and Villains interest you?