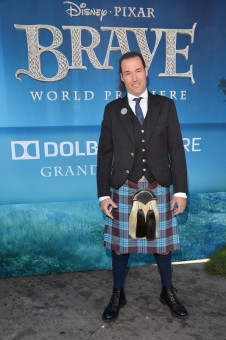 There’s been a period of silence following Brave’s win at the Academy Awards, but now director Mark Andrews is talking about the prospects of a sequel. They’re pretty good, winning the Oscar certainly helped.

Andrews was in Scotland working with students on a film project when he was interviewed by the Scotsman.

On the Oscars, Andrews said he was not expecting to win.

“Going up to get the Oscar was probably one of the scariest things I have ever done. I thought Wreck-It Ralph was going to win so when they said it was Brave I thought ‘Oh no!’.”

“It is not a very friendly audience. You have all the actors, who are all charming and beautiful people individually, but they don’t want to be at the Oscars either. They are just staring at you.”

On inside jokes that only the Scottish would get:

“The greatest thing about showing the film in Scotland was all the inside jokes that we have in there that only the Scots would get. They got it all. If you had had a laugh track in there, it would’ve been going from beginning to end, while American audiences got about half.”

Andrews stated that he is currently working on another original movie for Pixar, which he is writing and directing. But that if they can find the right story, Pixar is interested in doing a sequel to Brave. So that’s good news for all your Merida fans. Andrew also stated he’d like to add new characters and get more famous Scottish voices into the mix.

What would you like to see in a sequel to Brave?