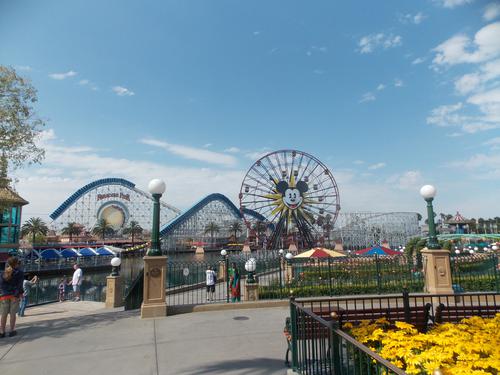 Sure, Disneyland is Walt’s original park, but is it better than Disney World? Yes and no. At Disney World we’ve got miles of green space, lakes, boats, a massive monorail system, more than twenty-five resorts (and counting) and over two hundred places to eat, to say nothing of four parks, Downtown Disney, and two water parks. Disneyland is tiny by comparison, with just three Disney-owned resorts, two parks, and a smaller Downtown Disney, all surrounded by a bustling urban area.

Before last year, I had no desire to visit Disneyland, but my boss had an event out there that we were able to cover and who am I to say no to an impromptu Disney trip? Still, I remember heading the airport and wishing I was going to Disney World instead. Fortunately, I couldn’t have been more wrong. Smaller, more intimate, less crowded and busy, Disneyland has so much to offer the Disney World fan. Here’s what immediately struck me about the differences between the two parks:

1. Disneyland is a local park.
Part of the charm of Disneyland is that it’s a local park. You’ll see families who’ve been going there for generations; It’s just part of what they do for fun. While the bulk of Disney World guests are doing the hardcore version of park touring, which can lead to a lot of stress, you don’t see as much of that in Disneyland. This makes the park easier to tour, I think. Less drama, fewer parents having meltdowns. It’s just a very different atmosphere when your attitude isn’t “do or die.” 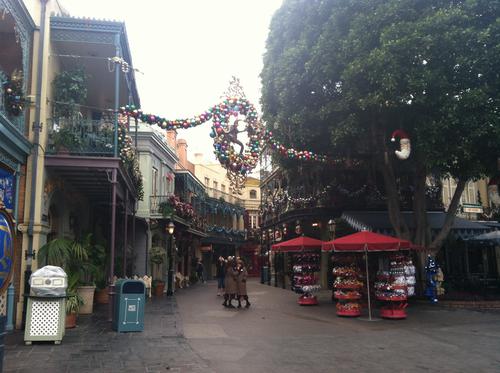 2. No Magical Express.
I’m sure I’m not the only Disney guest who’s stood in the middle of LAX and wished for Magical Express. If you fly into Los Angeles, you’ll pay around $30 for a shuttle to and from the airport if you don’t have a car. And if you have a car? Get ready for some serious traffic. Orlando International Airport is an easy 45-minutes away from Disney property even on the worst days. Disneyland is as close as 45 miles, but It can take you hours to drive it if you hit rush hour at the wrong time—and rush hour starts early and goes late. 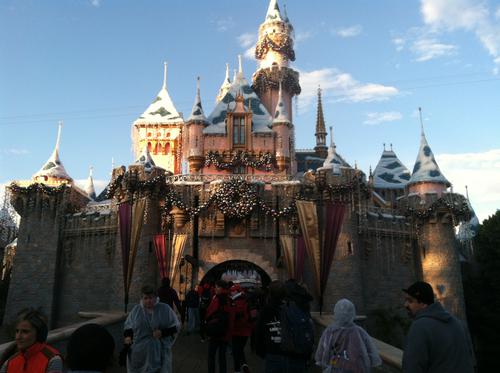 4. It can get cold. Really cold.
While the weather in the Los Angeles area is generally mild, bring a sweater or light jacket for summer nights. In winter, you’ll want to bring a coat. Expect rain during the winter and don’t complain: Californians deal with so many dry spells, they’re happy to see it even if it does ruin your day.

5. Prepare to have your mind blown by Pirates of the Caribbean.
Chances are that you’ll love the differences between your favorite Walt Disney World rides and those same rides at Disneyland, but by far the biggest surprise is Pirates. Do yourself a favor: Don’t read too much about it, just go and enjoy. I promise this is one ride that’s markedly better at Disneyland.

6. The castle is small.
You probably already know this, but Sleeping Beauty’s Castle is really small, like smaller than the average McMansion. I remember the first time I walked into Disneyland, one of my traveling companions said sarcastically, “Oh look at the castle. Isn’t that cute?” Be prepared to be underwhelmed if you’re a longtime Disney World visitor. Another issue, for me at least, is that the sight lines all way up Main Street are blocked by trees around the hub in front of the castle. It’s a minor thing, but when you walk into a Disney World park, you’re awed by what you see in front of you. Disneyland is a little bit more subtle, but there’s beauty there nonetheless.

7. Passholders are king.
Disneyland has a much larger percentage of passholders than does Walt Disney World. Expect to be asked whether or not you’re a passholder whenever you purchase something—they get great discounts on merchandise, resorts, and food.

8. You can “hop” all day long.
The distance between Disneyland and Disney California Adventure is less than a football field, so you can easily go from park to park all day long. There are no finger scanners so you’ll need to get your hand stamped. 9. Free-range characters.
Don’t be surprised if you see characters moving through the parks greeting guests as they go. This is partly due to the fact that there are no underground tunnels by which to move easily, but also, it’s just the way it’s always been done here. It’s a nice extra for those of us who are used to more rigid meet and greets. At character meals, most characters are unaccompanied by handlers, something you would never see in Walt Disney World. This allows for more spontaneous and relaxed meetings.

Are you a hardcore Disney World fan who has visited Disneyland? What did you think? I’d love to hear about your experiences in the comments.