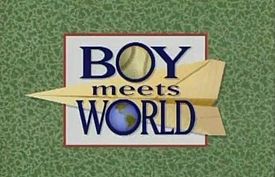 Kids of the 90s rejoice, the powers that be at Disney have heard our pleas. It has been confirmed that Disney has officially ordered a pilot for a Boy Meets World sequel, the series is set to be called Girl Meets World.

News of the possible series spread like wildfire through the web after the initial announcement was made late last year. Who knew that “liking” all those Facebook petition pages to bring BMW back would actually work. I say this jokingly, but someone out there was listening because it’s happening. 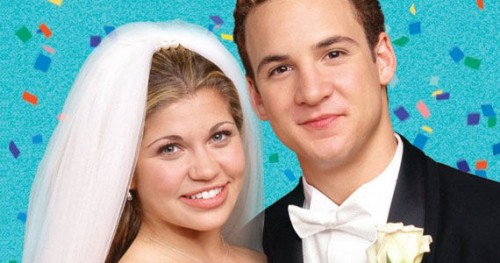 We are not the only ones excited to see what has been going on with Cory and Topanga after all these years. Danielle Fishel (Topanga) and Ben Savage (Cory Matthews) have both gone on their different social media sites to confirm that they have signed up to be on the show and to express their happiness over the news.

When we last left Cory and Topanga we saw them married, finished with school and off to New York to explore new opportunities. Girl Meets World will pick up following the life of Cory and Topanga’s 13 year old daughter Riley (character yet to be cast).

The blogoshpere has been buzzing with all sorts of speculations, will Cory and Topanga have one or two kids, will Cory be a teacher in the sequel and mirror Mr. Feeny’s character, and the biggest question on everybodys mind is who from the original cast is coming back?

We know Danielle Fishel and Ben Savage are definitely on board, however it is yet to been confirmed or denied as to who else will be coming back. Rider Strong (Shawn) has announced on his website that he has “no official involvement” in the new series. I know I am not alone in wanting Shawn to return as a regular or at least make some guest appearances every now and then. 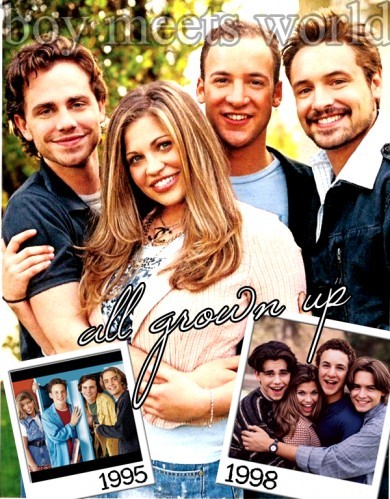 A date has yet to be given for when we can expect an air date. Here’s hoping we get some new and confirmed details soon. In the mean time you can get your Cory, Topanga, Shawn and Eric fix since the whole series has been released on DVD and on iTunes.

Was Boy Meets World part of your TV viewing habits? Will you tune into Girl Meets World too?