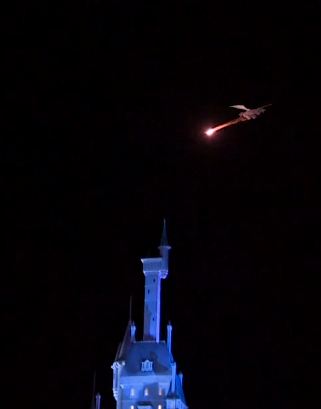 Tonight was the big VIP party for the grand opening of New Fantasyland at the Magic Kingdom. We were promised something spectacular and Disney did not disappoint. You may have been following the escapades of Gary over on his Dragon Tumblr blog as he hunted for the elusive fellow. But tonight was the big pay off.

The dragon swooped out of the sky above the Magic Kingdom just as if part of a fairytale. With a vengeful roar it spit fire and menaced the the populace. At least that’s what it felt like if you just squinted your eyes and believed. 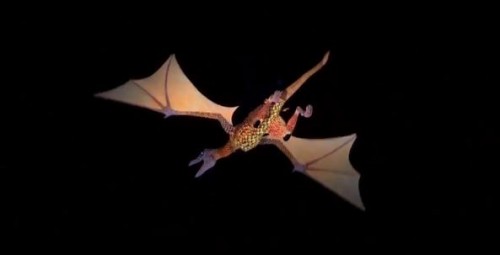 I managed to snag some decent video here:

I understand that there are operational problems that prevent the dragon from performing more than just this once. I hope they get them resolved, because there is no doubt this creature belongs in the sky above Cinderella Castle.

Although internally, I knew it was just a fancy looking ultra-light, watching the flight made me feel like a kid again watching a creature that only existed in books and dreams actually flying around the park. It was that magical.

Earlier this morning, Disney snuck out and filmed some professional video of the dragon soaring around. I’ve included that below the jump:

Well, what do you think? Does the dragon seem out of place, or should Disney World figure out someway to involve it in a show?